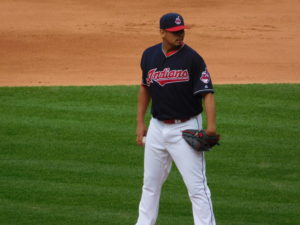 Carlos Carrasco had another great outing for Cleveland, but got the no-decision since the Tigers tied things up in the eighth.

In seven innings, Carrasco gave up six hits and just one earned run while striking out eight. Carrasco also did a great job of getting the Tigers to chase pitches out of the strike zone: 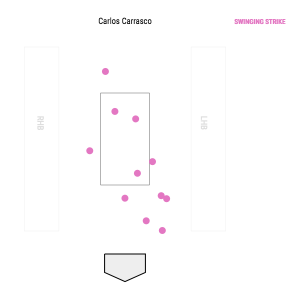 While Cookie didn’t get his 14th win of of the year, he still did a great job of putting the team in position to pick up the W.