Indians Take 2 of 3 From Astros with a 4-3 Win; Three Takeaways From the Victory 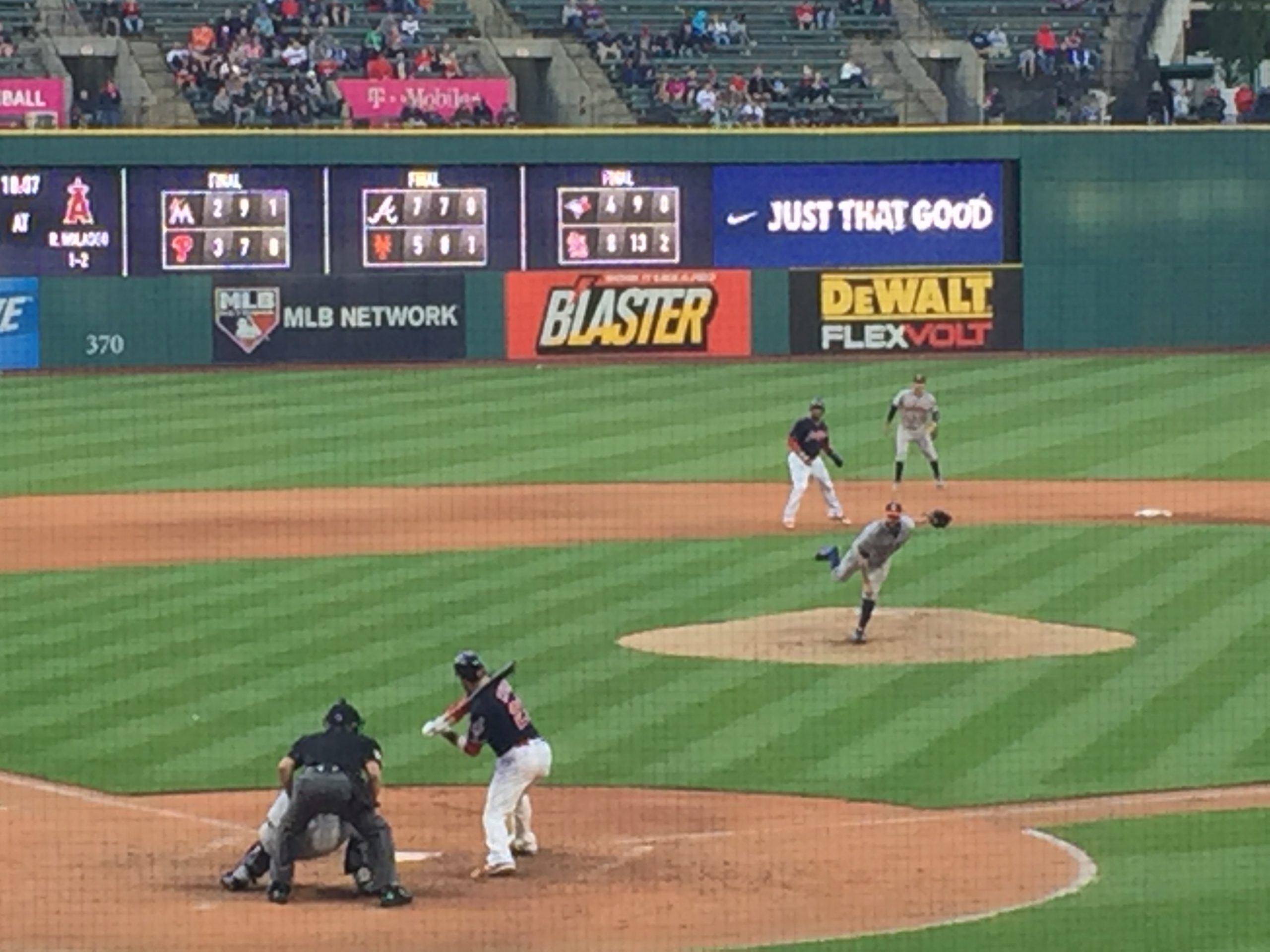 CLEVELAND – While just about every sports fan in Cleveland had their eyes on who the Cleveland Browns were taking with the first overall pick in the 2017 NFL Draft, 14,452 were treated to a very entertaining game at Progressive Field and a preview of two teams that could play again come the postseason in October.

The Indians and Astros played three well played evenly matched games, and Thursday it was a two-run homer by Indians shortstop Francisco Lindor that was the difference in the 7th, as the Tribe pulled out a 4-3 win to take two of three from the Astros.

Corey Kluber got the start for the Indians, and went six innings, despite having all kinds of traffic on the bases it seemed all evening.

Kluber did manage to get the win, striking out 10, allowing three runs on eight hits with four walks. He’s now 3-1 for the now 12-9 Indians.

Here’s our three takeaways from the action at Progressive Field, as now the Tribe will get set for the Mariners on Friday night for the first of three games.