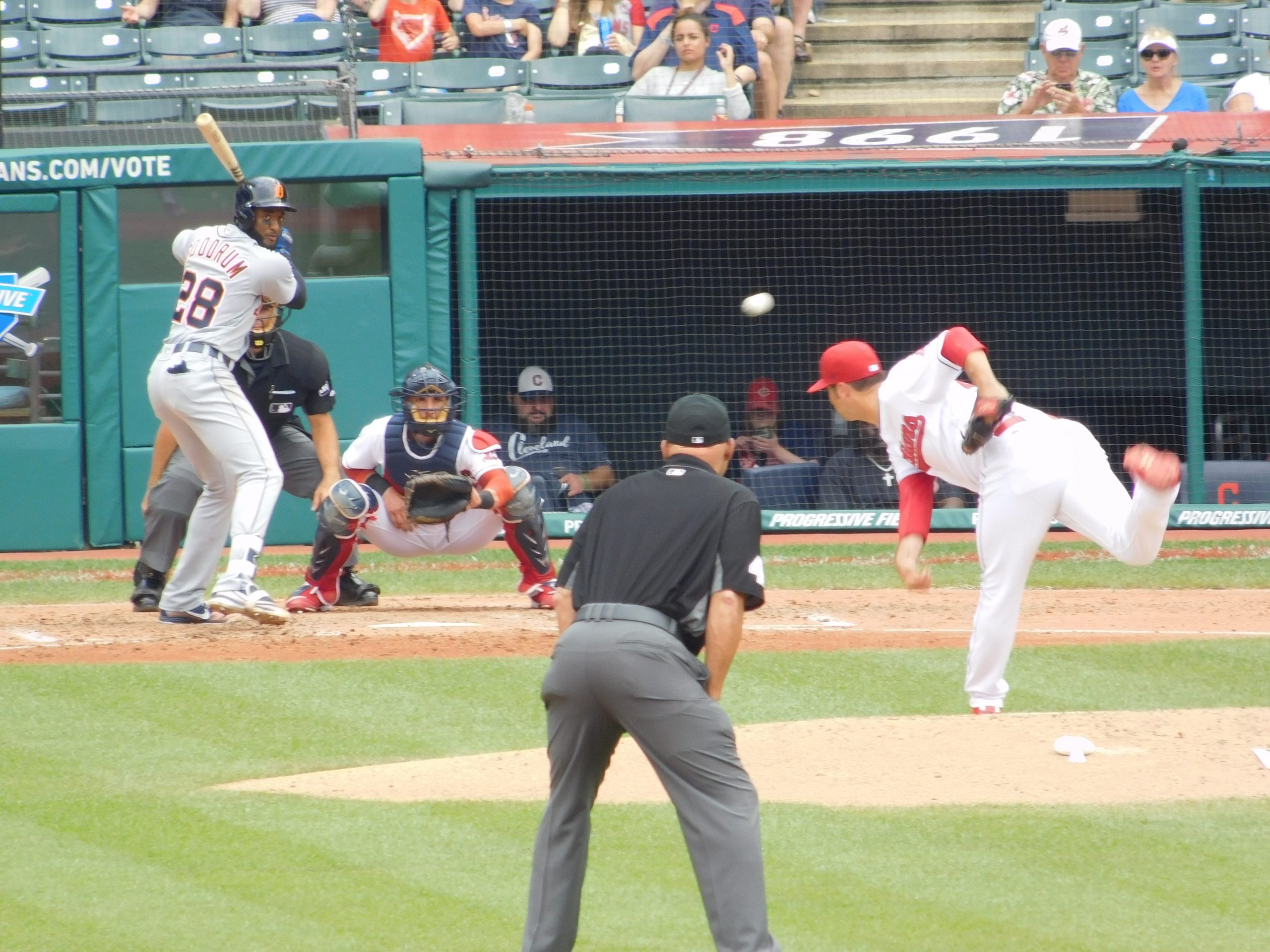 Mercado would leave the game shortly after his hit, with a right hip contusion. The Indians outfielder collided with Leonys Martin in the top of the 6th inning as both were diving for a fly ball. Unfortunately for Cleveland this was the true turning point in the game. The Indians offense was struggling, but they were still only trailing 3-0, thanks to three home runs from the Rays line-up.

Tribe starter Adam Plutko (1-1, 6.35) allowed a career high in runs (7) and hits (12) Thursday night. The four home runs allowed marked the highest he’s given up in his career. After a tough first inning Plutko seemed to settle down until things fell apart in the sixth.

Oscar Mercado on the scary collision with Leonys Martin in tonight’s loss. pic.twitter.com/ITks42WGcK

Cleveland was able to get two runs on the board in the sixth inning, thanks to a Jordan Luplow double. Luplow has four multi-RBI games in the last 12 games, bringing his season average to (.234). The Indians offense could not figure out Yarbrough, who earned his first win as a starting pitcher since (June 11, 2018.) He gave the Rays over seven innings of four hit, two run baseball, after being called up from Durham last night.

The Indians (25-24) return to action Friday night, when Shane Bieber toes the rubber against Blake Snell. Bieber tossed a career high 15 strikeout game in his last start against Baltimore. He was just the 15th pitcher since 1908 who recorded 15 strikeouts without a walk.

Indians Tailspin Continues, Tribe Loses Fourth Straight as Rays Slam Four Homers in 7-2 Win
The Indians Will Signal Their Plans for 2019 by What They Do with Trevor Bauer