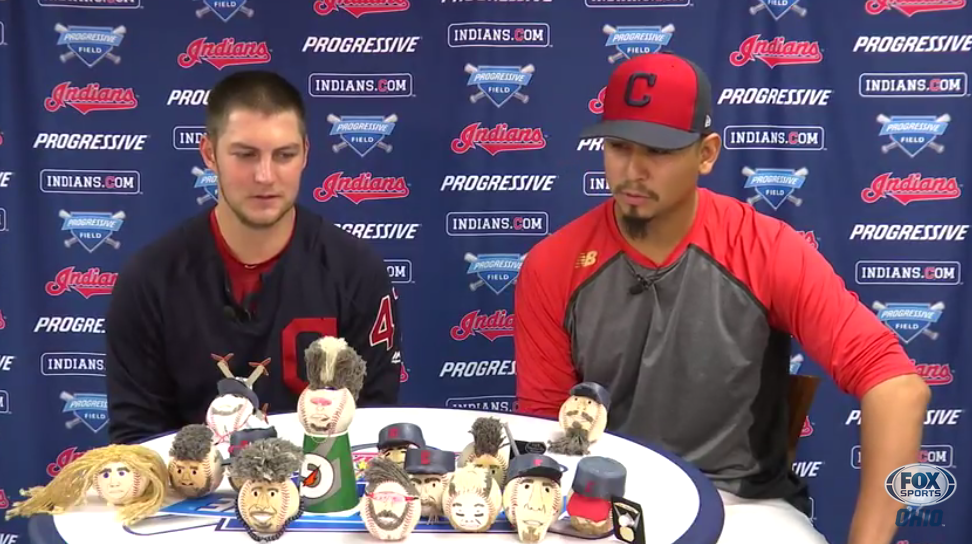 If you’re an Indians fan, you probably already know all about #MiniTeamCLE2017.

Earlier in the season, starting pitchers Trevor Bauer and Carlos Carrasco began making mini baseball versions of all of their teammates.

Fox SportsTime Ohio did a feature talking to Carrasco and Bauer about what goes into making the balls, and how the idea came about.

“Cookie’s the one that came up with the idea, he came to me and said ‘Hey, let’s make a Jose Ramirez ball,'” Bauer said.

“I think it was 11-2, 11-3 something like that, and I just kind of started doing the hair right here, ” Carrasco said when talking about mini Jose Ramirez.

Since that first ball, Mini Team CLE has grown considerably, and is now a fan favorite on social media. And while each finished ball is funny and really impressive, Bauer also said that it has grown into a team activity.

“It’s been kind of a team bonding thing,” Bauer said. “We want to have the whole team set, have it be kind of like our, I don’t know like the Cavs had Mini Kev or Lil Kev, this is kind of like our Lil Kev kind of thing.”

The good news in all of this for the Indians is that Lil Kev gave the Cavs something to rally behind en route to the franchise’s first title.

Perhaps #MiniTeamCLE2017 will have the same effect on the team across Gateway Plaza.

Watch the full feature via the Fox SportsTime Ohio YouTube page below: