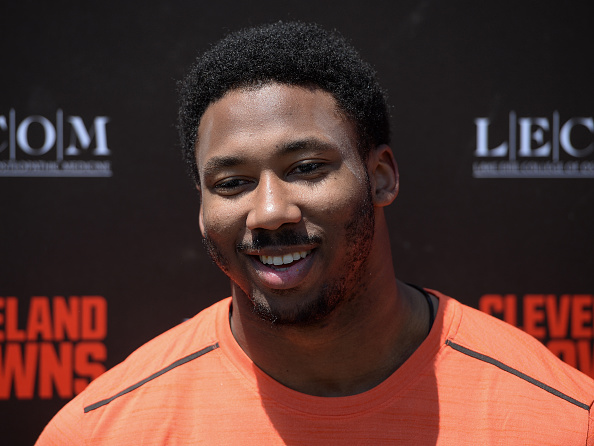 In her report, Cabot said that Garrett left practice early following an injury to his right ankle and did not return.

“He went as long as he could,” head coach Hue Jackson said.

According to Cabot, Jackson also said that Garrett’s status for Week 1 against the Pittsburgh Steelers remains uncertain.

“We’ll see where we are as we move through the week,” he said.

Cabot said the ankle is not the same one that Garrett injured during minicamp back in June.