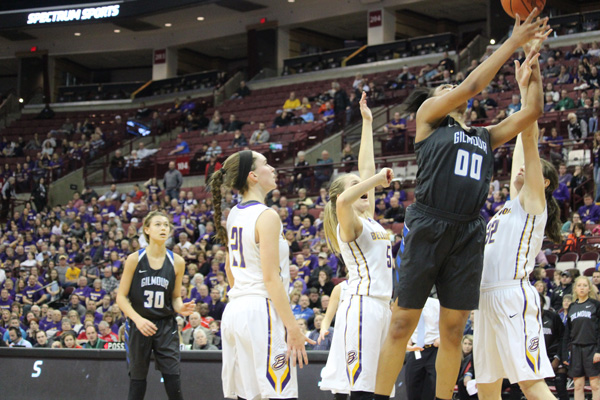 COLUMBUS, OHIO– Gilmour Academy will have the chance to defend their 2017 state title on Saturday, as they topped Bellbrook, 47-40, to advance to the Division II state finals.

The Lancers were led by junior Annika Corcoran who finished with a game-high 19 points, including five 3-pointers. Naz Hillmon, the Division II Co-Player of the Year, also finished with 11 points, 19 rebounds and four steals in a great all-around effort. Per the OHSAA, the Michigan commit’s 19 boards tied an Ohio girls basketball state semifinal record for any division. For Bellbrook, Bekah Vine ended the afternoon with 11 points.

Gilmour really had to fight for the win, as there were eight lead changes and five ties. The largest lead for either team was seven points, the final margin of victory.

The Lancers led after the first frame, 9-7, but then found themselves down 23-21 at halftime, as Kayla Paul had seven points for the Golden Eagles and Cassidy Hofacker and Vine each had six. For Gilmour, Hillmon had just four points but had already grabbed 14 boards. For comparison, at the halftime brake Bellbrook had just 16 rebounds as a team.

In the third quarter, the Lancers slowed the Golden Eagles, holding them to just five points while scoring eight themselves to take a one-point lead heading into the final eight minutes. With 4:24 remaining in the game, Corcoran nailed a 3-pointer to give the Lancers a 36-34 lead. They would never relinquish the lead as they closed out the game on an 11-6 run.

Ultimately, defense was probably the biggest difference in the game as Gilmour forced 21 turnovers which led to 16 points. They also won the rebounding battle, 39-34, and scored eight second-chance points compared to four for Bellbrook.

Bellbrook’s season ends at 20-9. This will be Gilmour Academy’s first year competing for a Division II championship, as their first ever state title came last year in Division III. Their record currently stands at 25-3, and they will play Toledo Rogers on Saturday at 5:15 p.m. 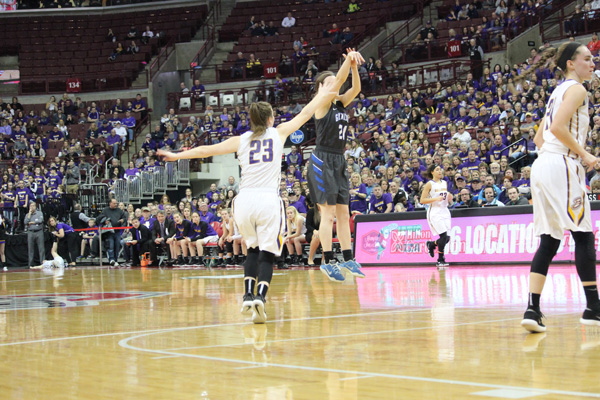