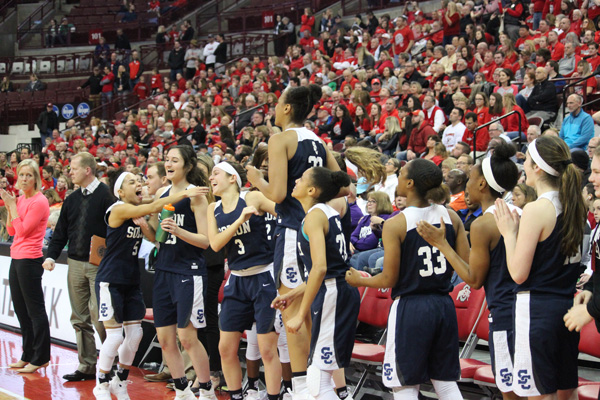 COLUMBUS, OHIO– The No. 6 Solon Comets remain in pursuit of their first state title after topping the No. 9 Wadsworth Grizzlies, 52-31, on Friday.

McDonald’s All-American Valencia Myers led all scorers with 19 points for the Comets. She also added six rebounds, three blocks, three steals and one assist. Gabby Mitchell ended the game in double-digits as well with 10 points. For Wadsworth, Lexi Lance finished with 12 points and five rebounds.

Solon used a stifling defense to hold Wadsworth to just 11-of-39 shooting from the field, including 1-of-8 from beyond the 3-point arc. They also forced 21 turnovers, which led to 14 points at the Grizzlies’ expense. Sophia Fortner, Wadsworth’s Second Team All-Ohio selection, was held to just two points as the Grizzlies were kept at bay for most of the game.

Wadsworth led just once in the game, taking a 6-5 lead with 1:41 to go in the first quarter. After a jumper from Myers moments later, however, the Comets never looked back.

At the halftime break, Solon led 22-13. While they didn’t have the best shooting night, going 17-of-42, they were lights out in the second half shooting 52.9 percent from the field. In the closing moments of the fourth quarter, their lead got up to 23 points before Wadsworth hit two final free throws.

The Grizzlies’ season ends at 24-4 while the Comets improve to 26-2. This is Solon’s first title game since the 2006 season, and they will face the winner of  No. 1 Pickerington Central and No. 7 Mason in the state championship game Saturday at 8:30 p.m. 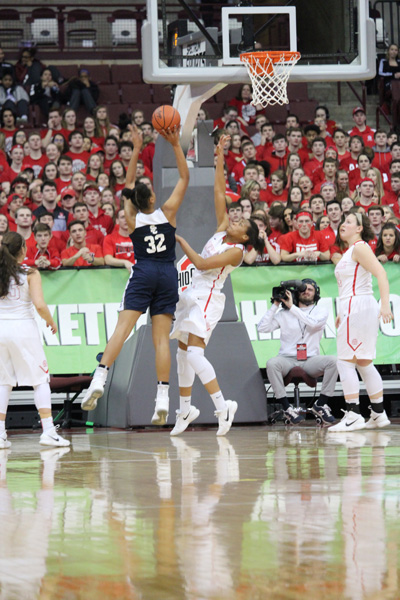