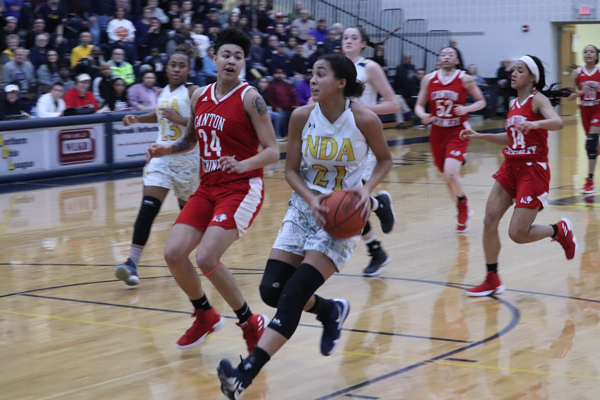 In a battle of two of Ohio’s Premiere DI Programs Canton McKinley and Toledo Notre Dame Academy (NDA) looked to punch a ticket to the 2019 DI Ohio State Finals.

Both teams reached the State Tournament in 2017 with NDA finishing as 2017 DI Finals Runners-Up.

The first quarter was a feeling our process without either team being able to find a way to break out to get a cushion.

Know more for her defense Barron had eight huge points to pace NDA and Bell lead McKinley with six points.

Barron was able to score from the outside and by attacking the strong McKinley Defense. Bell went out late in the 1st quarter with two fouls and NDA holding an 11-10 lead.

In the second quarter NDA took the first big shot of the game by increasing its pressure defense and out scoring McKinley 15-4 to take a 26-14 halftime lead.

For McKinley no lead is to big for them to overcome with the firepower from Bell who recently passed two Ohio basketball legends in Katie Smith (Logan / Ohio State) and Semeka Randall (Garfield Heights Trinity / Tennessee) with 2,816 points.

Junior Kenedy Flinn was the spark McKinley need to get back into the game. Flinn hit two big three’s and finished the quarter with eight points to pace McKinley in the third quarter.

McKinley out scored NDA 17-5, but even with a huge 3rd quarter NDA managed to end the quarter tied with McKinley at 31 all.

In this grudge match the second quarter went to NDA and the third went to Mckinley.

The game would be decided in the fourth quarter.

In a back and forth game McKinley established a small lead with a strong post move from Bell for the and one with 2:27 left in the 4th to take a 36-32 lead. But Johnson came right back with a strong spinning layup to cut the lead at to two with the 1st NDA basket of the fourth with 2:11 left in the game at 36-34.

A foul on Nakyah Terrell send her to the line where she knocked down both free throws to push the McKinley lead back up to four at 38-34.

Two huge blocks from Bell gave the ball back to McKinley with 1:30 left in the game. A one and one opportunity for McKinley was missed and Barron went back on the other end and split a one-and-one for NDA.

A huge rebound from VanSlooten, then but the ball back into Barrons hands as she drove to the basket she found Sophomore Olivia Sims on the wing for the game tying three at 38-38 with :45 seconds left in the game.

A McKinley turn over put the ball back into NDA’s hands to go for the game winning shot. With Bell stepping up to deny the ball for Johnson NDA called a time out to step a play to go for the win with 9.9 left in the game.

Johnson got the ball and drove to the basket splinting two McKinley defenders on the spin move and knocked down the shot with 2.4 seconds remaining to give NDA a 40-38 lead.

In the end Bell would put up a last chance half court shot that was wide of the mark.

Note: NDA has won 6 Regional Titles over the last 8 years.

Check out photos from the game below: 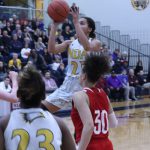 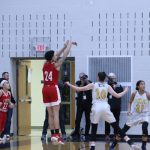 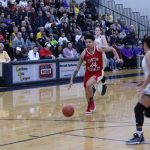 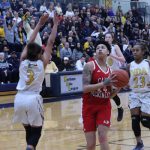 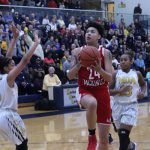 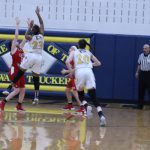