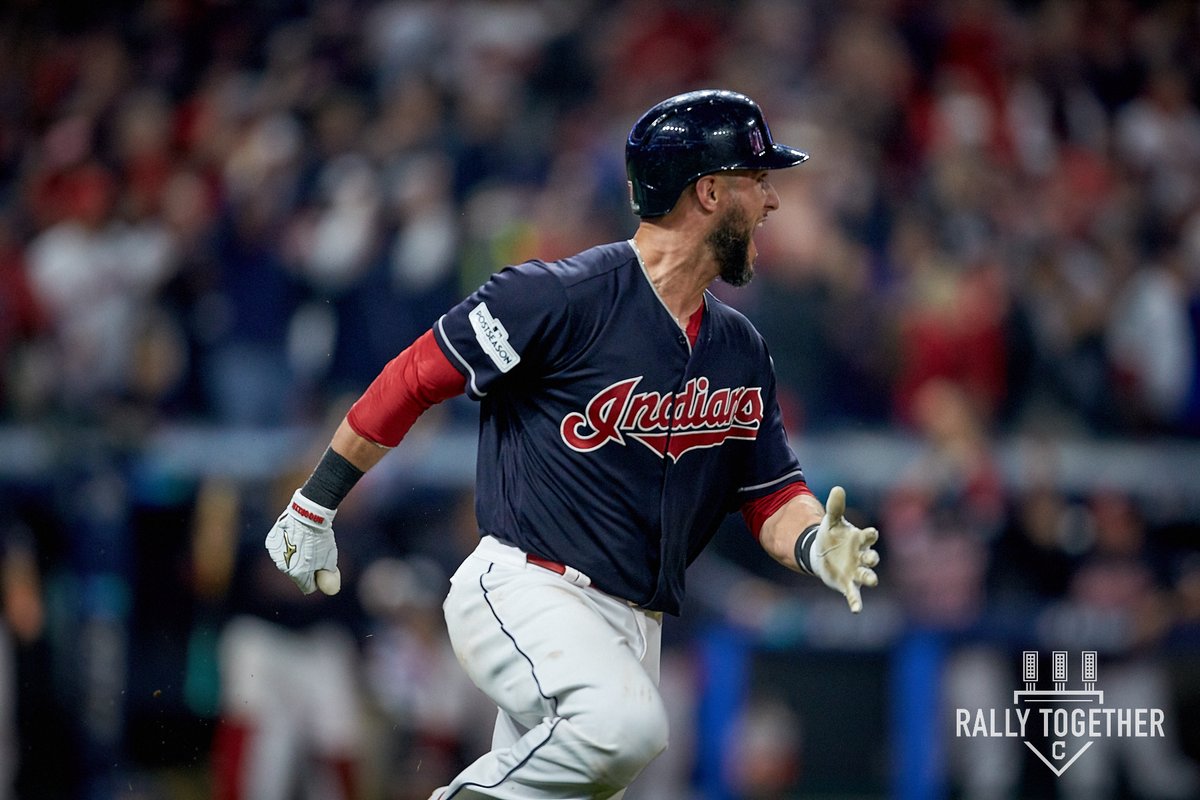 On Friday the Cleveland Indians defeated the New York Yankees in Game 2 of the ALDS.

Friday’s game saw the Indians come back from an 8-3 deficit and win in the 13th inning to take a 2-0 lead in the Best of 5 series.

Cleveland Indians shortstop Francisco Lindor hit a grand slam in the sixth inning that put the team right back in the game, trailing by one run following the homer.

In the eighth inning, Jay Bruce tied up the game hitting a solo homer to left center field.

The game went on for 13 innings, in the bottom of the 13th Yan Gomes hit a walk-off single to left field that scored Austin Jackson.

Scrolling through social media they already put Lindor’s grand slam and Gomes’ walk-off in one video that included the moments, along with the song from the Titanic “My Heart Will Go On”.

TWO TITANIC MOMENTS IN ONE!!!

LINDOR'S GRAND SLAM AND YAN GOMES' WALK OFF ARE EVEN BETTER WITH TITANIC MUSIC!!! A GREAT COMEBACK!!!!