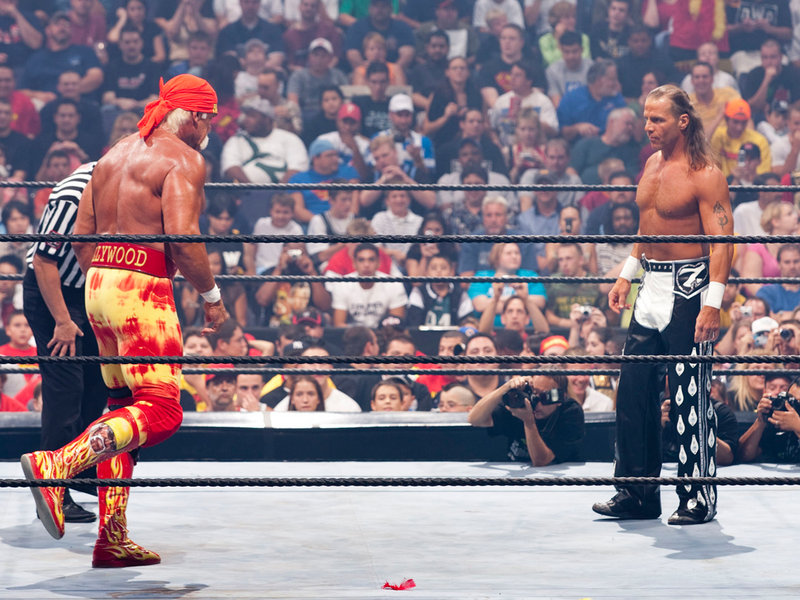 Many will agree that the 1991 Summerslam was the best one of all time, most of those same people will also tell you that the 2005 edition was a very close second.

The card was loaded from top to bottom and had the crowd in a frenzy the entire night long.

The main event was a match of two icons pitted against each other as Hulk Hogan returned to a WWE ring for the first time in over two years to take on Shawn Michaels.

HBK took several serious flops to not so subtly mock Hogan, but when HBK wasn’t too busy playing politics he put on a five star classic in a losing effort to Hogan.

Chris Jericho challenged and lost to WWE Champion John Cena in a great match that could have went either way.

The Undertaker was outsmarted when Cowboy Bob Orton Jr snuck down to the ring in disguise, to cost Taker the match as Orton hit the RKO for the win.

Batista and JBL went to war in a no holds barred match that saw Batista eventually hang on long enough to retain his World Title. The match was brutal and did very well to get over with the fans.

Kurt Angle ran through Eugene while putting on a wrestling clinic and reclaiming his Gold Medals in the process. The fans were also treated to the scantly clad Christy Hemme at ringside.

In a saucy storyline. Edge had stolen Lita away from Matt Hardy in real life, and then again in the world of WWE. The two men went at it with both launching countless fists and kicks until eventually Hardy couldn’t continue due to excessive bleeding, prompting the ref to call the match in and award the win to Edge.

The best match of the night was a ladder match between Rey Mysterio JR and Eddie Guerrero for the sole custody of Rey’s son Dominic. Besides the horrendous storyline involved, the match itself was an instant classic and the highlight of an incredible card!