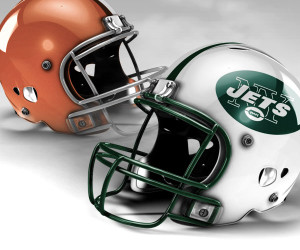 It doesn’t matter who is under center, you can’t give up the ball five times and expect to win. The Browns were not careful at all with the ball Sunday, as the Jets forced five turnovers. The most glaring turnover came when Tashaun Gipson picked off Jets QB Ryan Fitzpatrick, but then Jets wide receiver ripped the ball out of Gipson’s hands for a fumble recovery that gave New York the ball at the Cleveland 9. Seconds later the Jets tied the game on a Chris Ivory TD. Johnny Manziel also had major issues with the ball, as he fumbled twice and was picked once.

“As I told the guys after, we own this. You turn the ball over five times,” Pettine said. “The detail stuff that I thought we had done a good job taking care of, we didn’t. There were a lot of little things that occurred that swung some plays. . . We opened with a nine-minute drive . . .and got a glimpse of what we could be, and then Josh leaves the game.

“Fitzpatrick recovering that fumble (near his own end zone), that was a game-changing play. Marshall taking the ball from Gip (after Tashaun Gipson’s interception), if you want to win in the NFL, you’ve got to make those plays.”

Turnovers is a quick way to lose a game, add the over 100 yards and penalties and it’s baffling the Browns didn’t lose by more than 21.