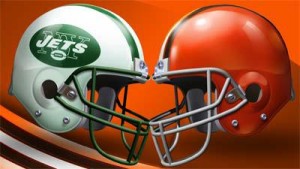 5. The Running Game is a Complete Mess

Right now you can say the offense as a whole is awful, but since RB coach Wilbert Montgomery came out and said that a player needs to step up and take charge of the running attack, no one has. The team traded Terrance West, and while they picked up former Seahawk Robert Turbin, he’s a few weeks away from being able to go after an ankle injury. Sunday Johnny Manziel was the leading rusher with just 35 yards. Isaiah Crowell ran for 20 yards on 12 carries with a long of 8, and Duke Johnson Jr. ran 7 times for 22 yards. Overall this unit is a complete mess, as many knew it would be, and until something drastic changes, this part of the Browns offense doesn’t look like it’s going to help much.