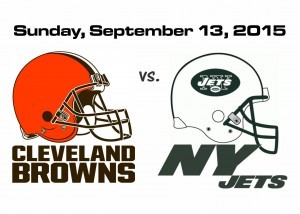 I think it’s safe to say a penalty for effort can be excused at times, but the team had SIX penalties before the ball was snapped. There was players jumping offsides, players lining up offsides, and even consecutive pre-snap penalties when trying to kick an extra point, which thankfully they did make. “The false-start stuff is disappointing,” coach Mike Pettine said after the loss. “Those are things we have to get cleaned up. You can’t win in this league committing those types of penalties. We had a hold and a chop block, and those were plays where we had gains that were brought back.”

Some of this has to fall on preparation, as all day long it looked like just when the Browns would get something going, a penalty would stop them in their tracks. “We own this,” Pettine said after the game. Gee you think?