Defense Remains a Problem as Cavaliers Fall to Hawks, 114-100 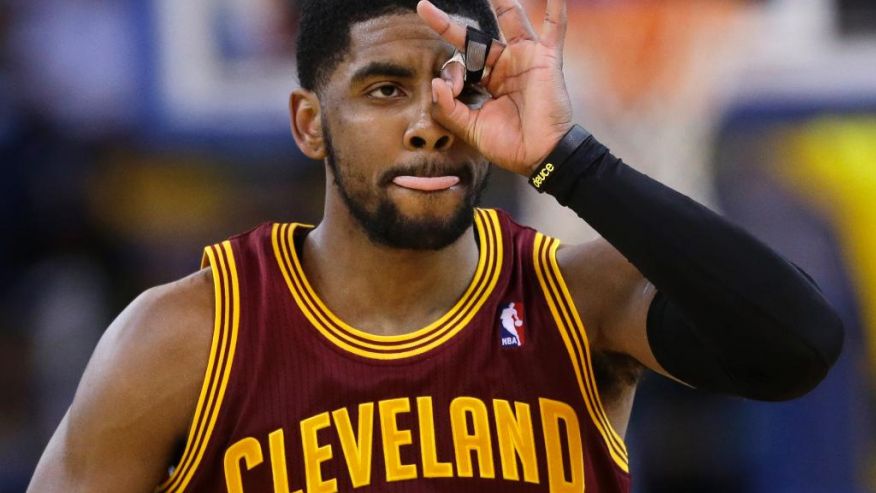 Cleveland— The Atlanta Hawks came into Cleveland on Thursday without Paul Millsap, Kent Bazemore, Dennis Schroder, Thabo Sefolosha and Dwight Howard in their line-up, due to a combination of injuries and rest.

On paper, it looked like it should be a fairly easy night for the Cavaliers. Sure, Tristan Thompson remained out of the lineup, (before the game head coach Tyronn Lue said he would be reevaluated in the coming days) but with Howard sitting out there still shouldn’t have been too big of a size advantage in Atlanta’s favor.

However, due to lack of defensive consistency and poor shot selection, the Cavaliers fell to the Hawks 114-100.

Leading the way for Atlanta were Tim Hardaway Jr. with 22 points and none other than former Cavalier Mike Dunleavy with 20. LeBron James and Kyrie Irving led Cleveland with 27 and 18, respectively.

The Cavs defense looked hit or miss all night, despite facing Atlanta’s second team for a majority of the game. They let the Hawks shoot 51 percent from the field and nail 16 three-pointers. Four of those threes came from Dunleavy.

Throughout March the Cavs’ defensive woes were covered repeatedly. But after the Boston game on Wednesday night, when the Cavs were hedging and trapping off of ball screens, it seemed like maybe they turned the corner in a positive direction. Friday demonstrated that the effort on the defensive end still remains far from perfect or consistent.

On offense, Cleveland continued to settle for threes despite only shooting 9-36 for the night. Interestingly enough, they still shot 48 percent from the field, because they practically couldn’t miss from inside the three-point line. When it came to field goals that weren’t three pointers, they were 30-45. It also helps that James went 12-15 from the field by himself.

To make matter worse, during the second half Irving left the game (but later returned) after his knee started bothering him.

Irving said after the game that he continues to play with pain in his left knee, the one that he had surgery on nearly two years ago to repair a fractured kneecap during the 2015 NBA Finals.

He said yesterday was a “terrible day” and that it flared up at halftime tonight.

Prior to the game, Lue said Irving and James would continue to play until the Cavs clinch the top seed in the East. After the game, it was unclear whether or not the Cavs would stick to that game plan.