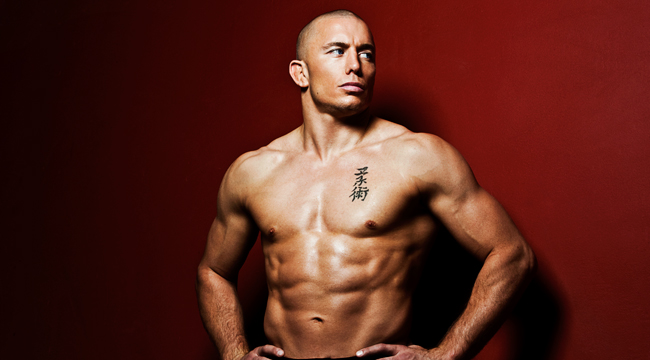 TORONTO, Canada – In what was music / news to MMA fans ears everywhere earlier today, Dana White made it official that Georges Saint Pierre will be returning to the cage soon.

“He’s back. I’m excited,” White told the Times’ Lance Pugmire. “We worked at it for a long time and finally got it done.”

GSP is easily seen as one of the 3 greatest UFC fighters of all time.. along with Anderson Silva & Jon Bones Jones.  He retired back in November of 2013 in the midst of a 12 fight win streak at the time of his retirement.  11 of those were as UFC Welterweight Champion.

No one can argue that GSP is one of the most popular fighters in MMA history, and fans are already chomping at the bits to find out who he will fight first.  The other big question is if his return will be at Welterweight (170) or Middleweight (185).   If middleweight, then fans may finally get that dream match with him vs Anderson Silva that has been coveted for a very long time.