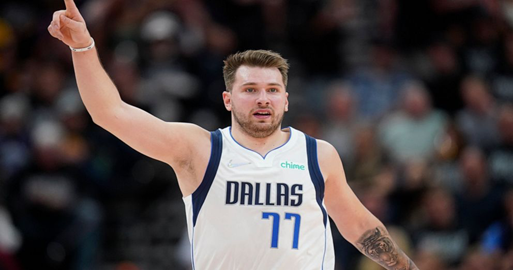 DALLAS – Coming into Game 4, the Dallas Mavericks were looking to avoid being swept in the Western Conference Finals. They were going to need big performances from multiple guys to take down a dominant Warriors team. That is exactly what they got in this game.

The second quarter was all Dallas. This time they were using their ability to dribble-drive to create offense. Play from Luka Doncic and Jalen Brunson helped the most for the Mavericks. They were able to get inside of the Warriors zone defense that created open looks for teammates. The Golden State Warriors were still not able to find much of a rhythm on the offensive end. A 20-4 run by the Mavericks helped them increase their lead over the Warriors. Heading into halftime, Dallas led by a score of 62-47.

Right before the start of the second half, there was a rare rain delay that stopped the game from continuing. There was very heavy rainfall in Dallas on Tuesday night. This caused a leak from the roof of the arena to create a puddle on the court. This made it unsafe for the game to continue. Eventually they were able to get the leak under control. After an approximate 15-minute delay and five minutes to warm up, the game continued.

Warriors-Mavs delayed due to a ceiling leak at American Airlines Center pic.twitter.com/gEePztjPIs

With a little extra time during the break, the Warriors looked to spark a comeback once again. This time, that was not the case. The Mavericks picked up right where they left off in the first half. The 3-pointers were raining in for the Mavericks much like the weather delay they had experienced at halftime. They managed to knock down eight of their twelve 3-point attempts in the third quarter. Reggie Bullock played a key role in the quarter. Bullock was coming off a Game 3 where he went 0-10 from the field. By the end of the third quarter, Bullock had 15 points on five made threes. At the end of the third quarter, Dallas had stretched its lead to 99-70.

The fourth quarter was set up to be garbage time for bench players on both teams to get some minutes. However, this was not the case. The Warriors did start the quarter with all bench players, but they came out and played tough. The bench unit for the Warriors outscored the Mavericks 32-11 before any starters came back into the game. The Mavericks did not let the game slip away though. They pushed through the final minutes of the game, and did not letting the game get any closer. The Mavericks held on for the win in Game 4 by a final score of 119-109.

The Warriors will look to punch their ticket into the finals once again heading into Game 5. The game will be on Thursday, May 26th at 9PM in Golden State. You can tune-in to the game on TNT.