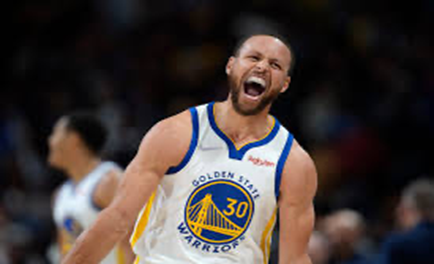 DALLAS – Heading back to Dallas for Game 3, the Mavericks looked to keep their NBA Finals dream alive. The Golden State Warriors have been a force throughout their playoff run. Dallas needed to find a way to stop them if they wanted to keep their series hopes alive.

For the majority of the first quarter, the game remained close. Golden State pushed the lead up to seven points midway through the quarter. Dallas was able to keep them close however. The play of Luka Doncic was the main reason. Doncic was responsible for 12 of the 22 Dallas points in the first. Golden State was showing why they are so tough to defend. They assisted on six of their nine made field goals. Ball movement has always been a key part of the Warriors offense. After Doncic hit a three-pointer at the buzzer, the score at the end of one was 25-22 Golden State.

The second quarter was big for the Dallas role players. Jalen Brunson and Spencer Dinwiddie scored or assisted on the first 15 points of the quarter. Dallas saw themselves with an eight-point lead halfway through the second. That is when Golden State started to get back into the game. First time all-star Andrew Wiggins put in a couple big shots for the Warriors. Former all-star Klay Thompson got involved as well by knocking down a couple triples. The franchise player Stephen Curry would not go unnoticed either. He finished the first half with 14 points and 5 assists. Golden State closed the first half with a 15-5 run. This gave them a 48-47 lead heading into halftime.

Throughout the third quarter, Golden State was steadily increasing its lead. They continued to play their style of basketball. They were moving the ball, letting everyone get their shots, and playing overall good defense. Dallas was not able to get much of a rhythm going during the third quarter. With Golden State calmly playing their game, they extended their lead to 78-68 going into the fourth quarter.

Heading into the fourth quarter, the Warriors had all the momentum. Dallas was not able to get into much of a shooting rhythm throughout the game. Doncic changed that. He was firing on all cylinders in the fourth quarter. He dropped 21 of his game-high 40 points in the fourth quarter. However, his efforts did not matter. Golden State continued with their dominant play. Curry led the way with 31 points and 11 assists. A 27-point, 11-rebound performance from Wiggins also helped carry the load for the Warriors. They were able to put away the Mavericks by a final score of 109-100.

The Warriors look to sweep the Mavericks in Game 4. This would give them their sixth NBA Finals appearance in the last eight years. A sweep of the Mavericks would also give them more days off than their eventual opponent.