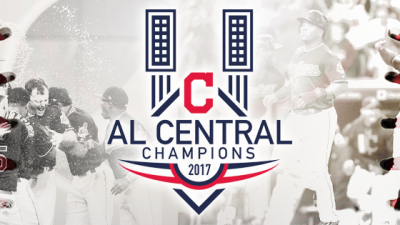 Going into Saturday night the Cleveland Indians magic number was at 1 following an 8-4 victory over the Kansas City Royals during Saturday afternoon.

The Indians either needed the Minnesota Twins to lose tonight against the Toronto Blue Jays or the Tribe just needed to defeat the Royals on Sunday.

The Blue Jays took matters into their own hands and helped out the Indians by defeating the Twins 7-2, which assured that the Indians have clinched the AL Central for a second consecutive year.

The Indians winning 22 in a row helped out a drastic amount as to why the team quickly clinched with still two weeks or so left in the 2017 season. When the Indians started their 22 game win streak the magic number was at 32 on August 24th.

On September 15th when the Cleveland Indians finally had their historic win streak snapped by the Kansas City Royals, the magic number dropped from 32 all the way to just 2.

Getting my hair ready for the party tomorrow ? #2017ALCentralChamps pic.twitter.com/QZTyPGYyng

Make sure to go on out Saturday night and grab your official American League Central Champions gear for the rest of the 2017 regular season and the playoffs.