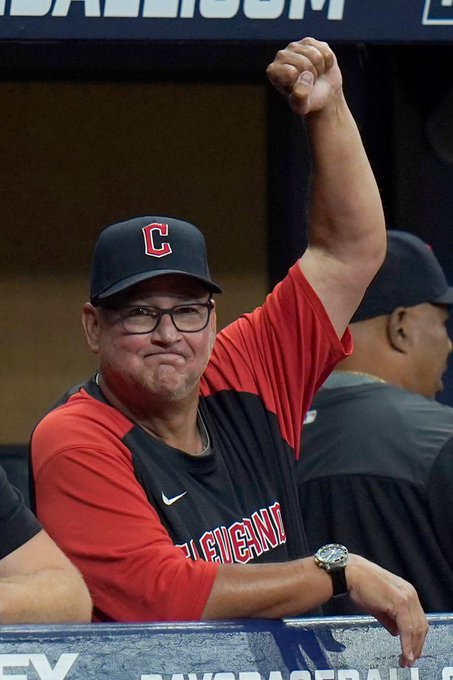 The Guardians’ skipper, Terry Francona, was awarded American League Manager of the Year for the 2022 season. This is the third time he’s won this award. He also became the winningest manager in Cleveland franchise history.

Yesterday, the @CleGuardians surprised Terry Francona with a special celebration in honor of his being the winningest manager in franchise history.#ForTheLand pic.twitter.com/dB73MMrL3r 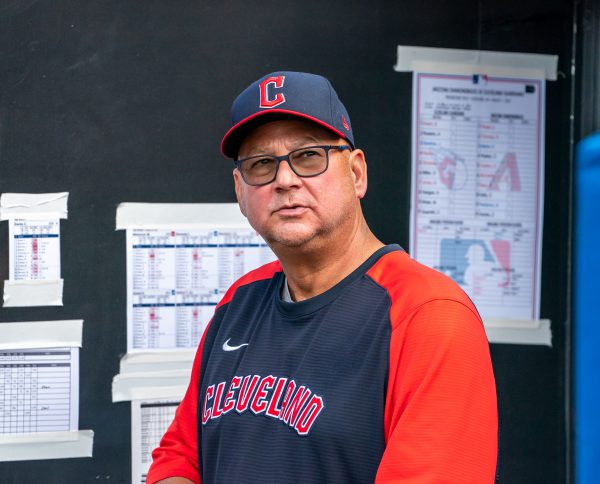 This season was full of memories…comeback wins, rookie debuts, and a wild ride to a 92-70 record. Guardians’ players gave us their fair share of memories, however, their skipper added some as well.

Let’s take a look at some reasons Tito gave fans and his team to smile:

ELITE headbutt energy after walking it off 🤣 @BRWalkoff

Josh Naylor had walk-off win against the Twins and his manager was ready for it. In a hyped yet endearing move Naylor headbutted Francona as he came off the field. What made this great was Tito had a helmet on ready for the first baseman’s antics. Everyone loves Naylor’s enthusiasm and Francona joining in is the cherry on top.

Used Ernie Clement as a relief pitcher twice in one week

Cleveland’s bullpen was taxed and Francona went to position player, Clement, in relief. The infielder didn’t fair too poorly as he did record three outs.

Ok, the moment should be about Clement however, since we’re talking about Tito it brings us back to a time when he also came in to pitch. It was 1989 and Francona was with Milwaukee. He took the mound, striking out one batter on three pitches. He only threw 12 pitches in the inning.

Cleveland was playing the Angels on September 12 when Umpire Ron Kulpa denied Francona an opportunity to challenge a hit by a pitch call. Thus, sending the Guardians’ skipper to the field to give Kulpa a piece of his mind. This caused him to be ejected however he left with chants of “Tito, Tito” echoing from fans. Moments later Angels coach, Phil Nevin, was also tossed by Kulpa. Nevin was lobbying for his pitcher, Ryan Tepera, to get some warm-up throws in but Kulpa wasn’t having it.

Terry Francona rarely gets this heated! Had to be something big because both Tito and Angels manager Phil Nevin got ejected at the same time!

A flash of sorts

Francona is often spotted on his Vespa scooter on the downtown streets of Cleveland. 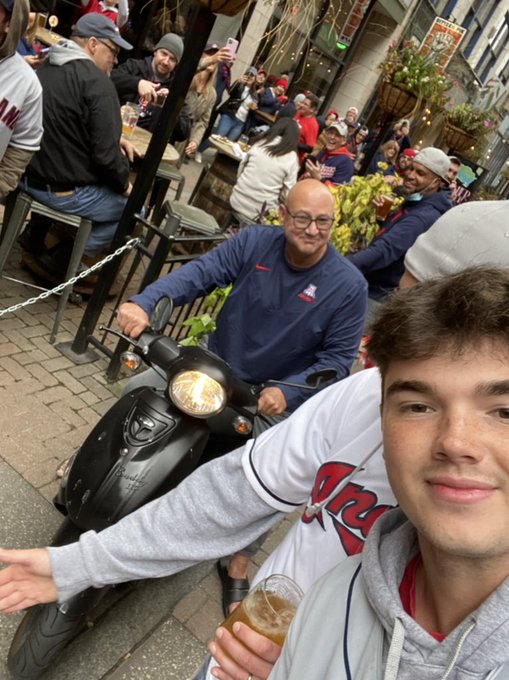 He recounted a story that happened in early October this season. A woman began to lift up her shirt therefore startlingly Tito. However, she was wearing a shirt with his picture on underneath. Despite giving the Guardians’ skipper a reason to pause, he was somewhat flattered that she had a shirt with his face on it!

At the beginning of the season, nobody saw the Guardians as being competitive nonetheless winning the division. The youngest team in baseball quieted naysayers with a 92-70 record along with a commanding win of the AL Central. In a division where the White Sox had all their key players and spent $154 million on payroll and the Twins went in at the MLB trade deadline, the Guardians still prevailed.

The youth of the team brought fun to Francona and it was showcased during the team’s division clinching celebration in the locker room.

Was able to return to the team healthy

The last two seasons, Francona battled several health issues that caused him to have to be away from the team. The skipper had to leave July 29, 2021 and DeMarlo Hale took over. He returned healthy and the young team rejuvenated him this season.

During the spring this year, Francona said, “It’s hard because I don’t take it lightly. I don’t like the idea of letting people down. It’s not that they can’t survive without me. I don’t mean it like that. But this is my responsibility. I’m uncomfortable when I can’t do it right.”

He did it right this season that’s for sure winning Manager of the Year. As well as leading a team that had 17 rookies make their major league debut. The Guardians and their award winning manager made history this season. The team that was overlooked won 92 games, dominated the American League Central and took the Yankees all the way to Game 5 of the ALDS. 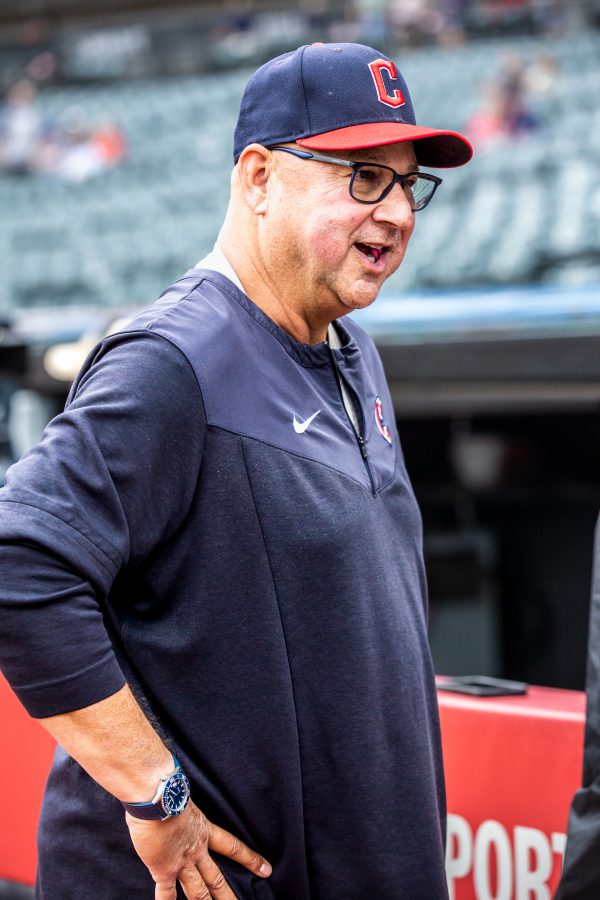 He’ll be back in the dugout to manage the team next year. Chris Antonetti says he has an open-ended contract, “We want Tito to manage as long as it makes sense to him on his end.”

The Guardians’ manager is eager for next season saying:

“This needs to be a starting place for us. This can’t just be a good story this year. We need to take this and go. I think we have a chance to have something really special.”