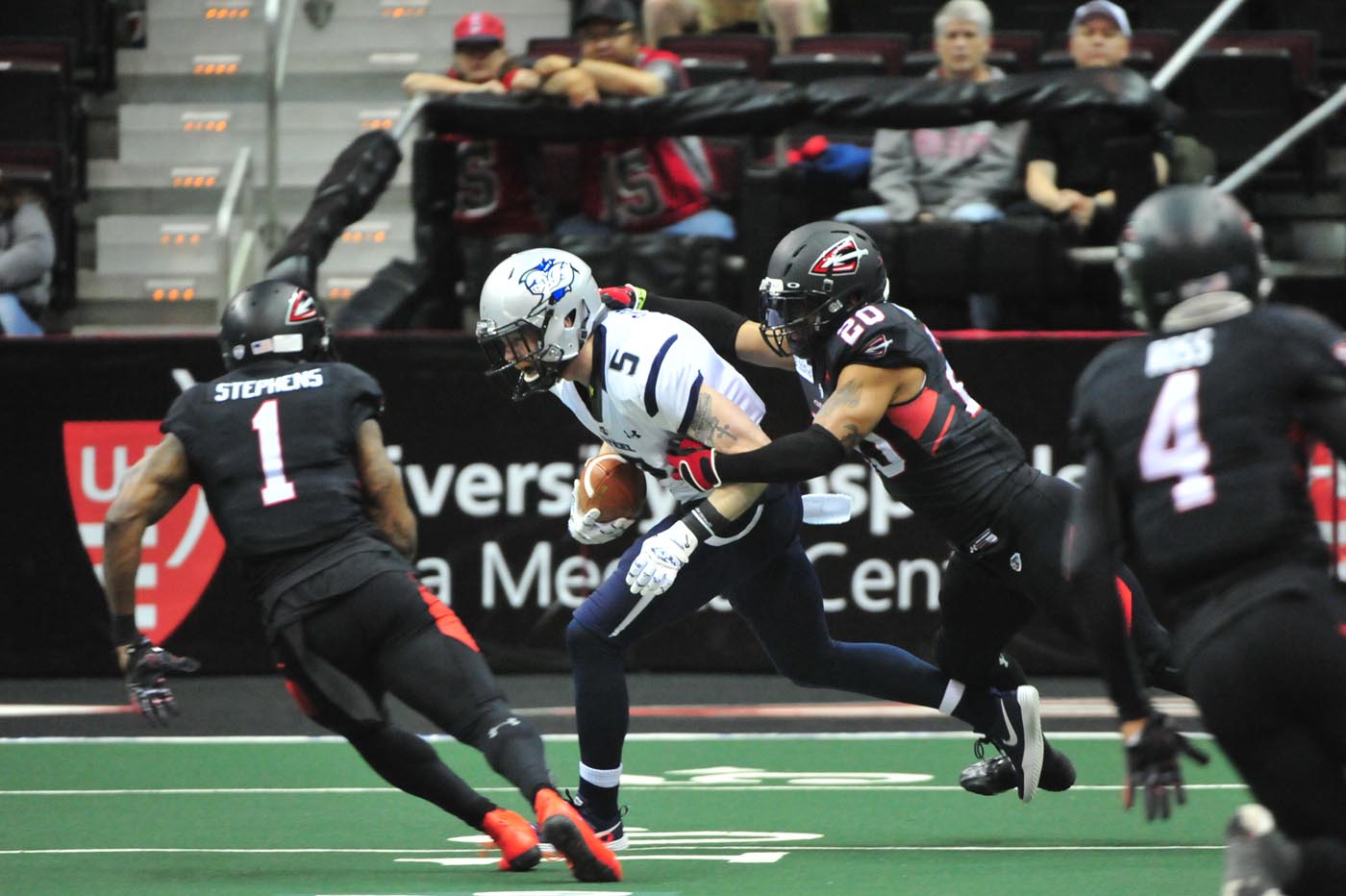 CLEVELAND – It was another close game at the Q Monday night as the Cleveland Gladiators slip past the Portland Steel in overtime 55-48. This is Clevelands first winning streak of the season as they improve to 3-4 while the Steel fall to 0-6.

QB Arvell Nelson continued his impressive play with seven total touchdowns and throwing for 222 yards and rushing for 32 yards.

Collin Taylor extended his streak of consecutive games with a receiving touchdown with two scores for the night. An unsung hero of the game was Quentin Simms. With the injuries to our talented but injury prone receivers, Simms has stepped up and impressed the team with touchdowns in every game he’s started.

Although Arvell did well, there were a few things that were turning points in the game in the second half of the game that jeopardized Cleveland.

There was a scramble out of the pocket and as he was running out of room with no open receivers, he tried to throw a ball into traffic and ended up getting picked off. Another scramble in the third quarter by Nelson ended up being fumbled and recovered buy Portland.

Cleveland saw a 20 point lead in the fourth quarter disappear as former Gladiator QB Shane Austin led Portland to come back and tie up the game. A missed extra point by the Steel tied the game up as regulation ended.

Portland won the coin toss but chose to defer to try and stop Cleveland from scoring and put the pressure on their offense. Nelson tossed a touchdown to Collin Taylor for the lead. Portland had a nice drive but Shane Austin was picked off in the end zone to end the game.

The “No Fly Zone” Cleveland defense ended up picking off Shane four times and we’re getting major hits on the Steel wideouts. By the end of the game, Portland was down to one starting wide receiver and their defensive backs had to fill the voids of the injured receivers. It was a hard hitting game and all the players left everything on the field.

Next up for Cleveland is another winless team the Tampa Bay Storm. Last time these teams met, Cleveland won their first game of the season.