Playoff-bound Gladiators Victorious In Nation’s Capital Over The Valor, 62-28 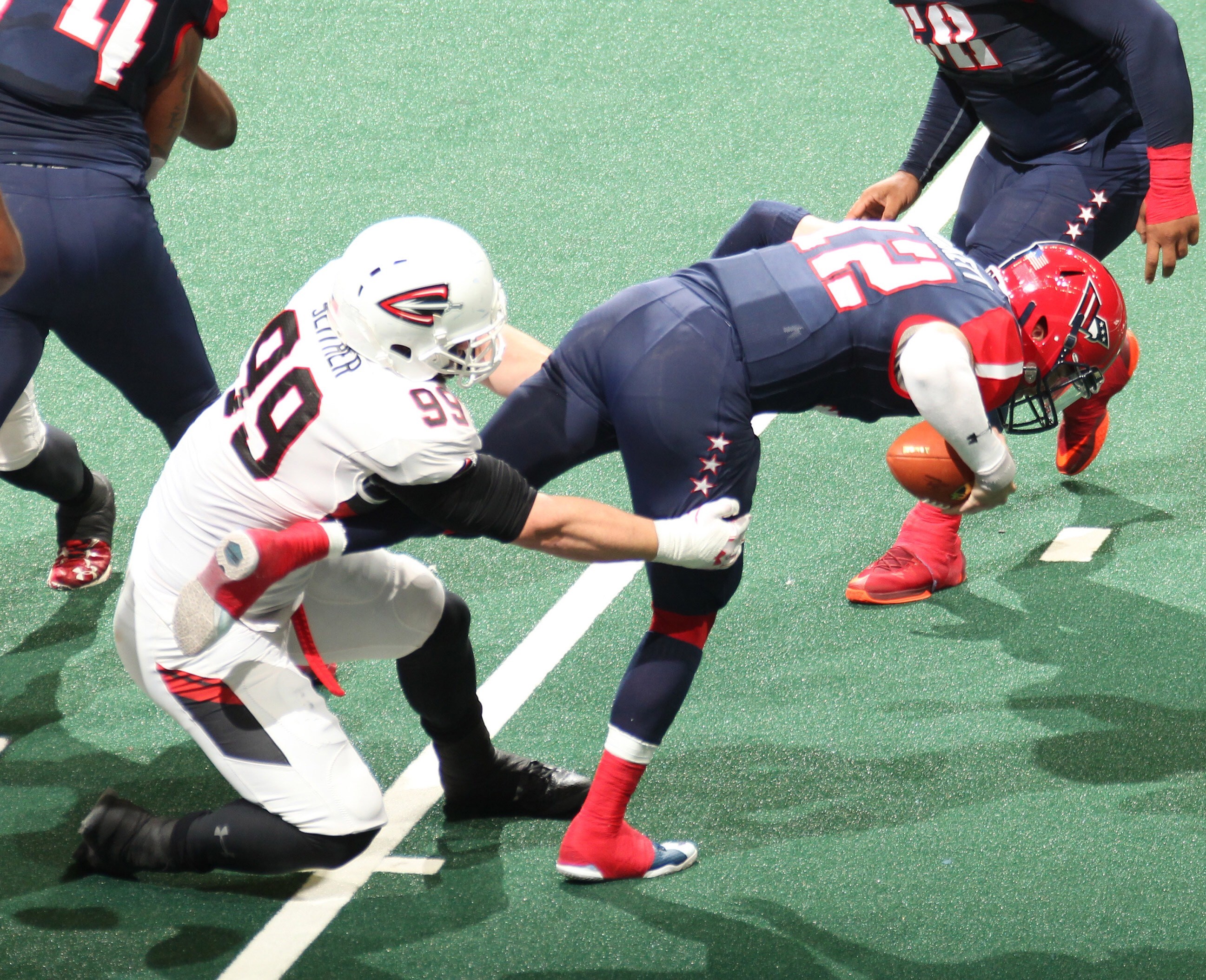 Playoff-bound Cleveland caps the regular season at 5-9 thanks to
dominant showing on both sides of the ball.

WASHINGTON, DC – The Arena Football League’s Cleveland Gladiators, proudly presented by Unique Home Solutions, defeated the Washington Valor on Saturday at Verizon Center in Washington, DC by a final score of 62-28. With the win, Cleveland capped their 2017 AFL regular season with a record of 5-9 and end the campaign with a Week 18 bye having already clinched a berth in the 2017 AFL Playoffs.

The Gladiators grabbed a 7-0 lead in the first quarter when FB Jeramie Richardson ended Cleveland’s opening drive with a one-yard touchdown run, but Washington tied the game at seven at the end of the frame with a 19-yard scoring strike from QB Sean Brackett to WR Justin Wilson.

In the second quarter, the Gladiators offense picked up where they left off in the first as Cleveland QB Arvell Nelson found WR Collin Taylor in the end zone from ten yards out to make it 14-7 Gladiators. Then, after Cleveland’s defense turned the Valor over on downs on the ensuing possession, Nelson found WR Mike Preston for his first touchdown grab of the game from 12 yards away to make it 21-7 Glads. A 14-point game became a 16-point game before long, as Cleveland MLB Derrick Summers sacked Brackett in the end zone for a safety that made it 23-7 Gladiators before Washington capped the half in strong fashion with a two-yard touchdown run from DL-turned-FB James Gordon to pull the Valor within nine points at the half at 23-14.

The third quarter saw Cleveland extend their lead to 29-14 with a 16-yard hookup from Nelson to Preston before the Gladiators made it 36-14 in the wake of a 14-yard connection from Nelson to Taylor. Washington managed to claw back into the game with a 27-yard scoring strike from Brackett to WR TT Toliver to make it 36-21 in the fourth quarter, but Richardson’s second touchdown run of the game for Cleveland, from four yards out, pushed the Gladiators lead into three-score territory at 42-21.

An 11-yard Nelson-to-Taylor hookup then extended the Gladiators lead to 49-21 and WR Lonnie Outlaw continued the trend, hauling in a 34-yard touchdown catch from Nelson to make it 55-21. More late scoring went in Cleveland’s column thanks to a fumble recovery for a score in the end zone in the final minute from Gladiators DE Darryl Cato-Bishop to make it 62-21 for the visitors, but the Valor ended on a positive note when Brackett found WR Roger Jackson in the end zone from 26 yards away to establish Cleveland’s final margin of victory at 62-28.

Next up for the Gladiators, it’s a Week 18 bye followed by the first round of the AFL Playoffs with Cleveland’s opponent and game date/time to be announced following the conclusion of the AFL regular season.