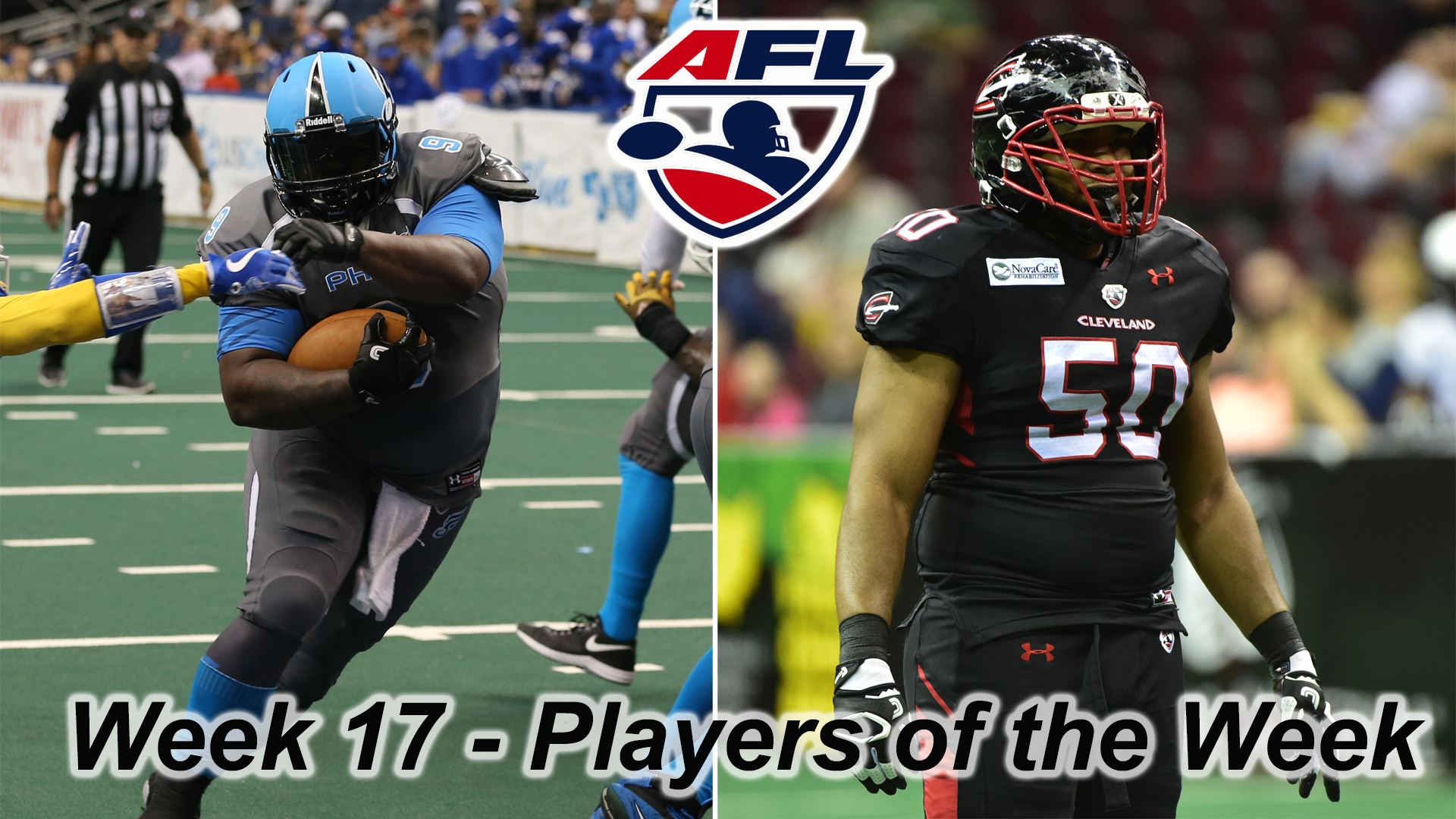 LAS VEGAS – The Arena Football League has announced that Philadelphia Soul fullback Mykel Benson and Cleveland Gladiators defensive lineman Derrick Summers have been named the offensive and defensive players of the week for Week 17, respectively.

OFFENSIVE PLAYER OF THE WEEK – Benson (6’0”, 280, Florida A&M) scored four touchdowns in a 70-21 Soul victory over the Baltimore Brigade last Saturday. He carried the ball 12 times for 44 yards and scored three rushing touchdowns. Also, he added one reception for an eight-yard touchdown. The season-high in rushing yards, gives him 1,534 yards for his career and he is now 4th all-time in the AFL in the category.

DEFENSIVE PLAYER OF THE WEEK – Summers (6’1”, 260, Toledo) made 5.0 tackles and recorded a League season-best 4.0 sacks in the Gladiators 62-28 victory over the Washington Valor this past Saturday. The impressive sack total was the most in the AFL since April of 2012 and vaults Summers up the all-time AFL sacks list which ties him for 8th.

With 5.0 tackles and 4.0(!) sacks on Saturday, Derrick Summers has been named the AFL Defensive Player of the Week.https://t.co/kHgNtJ9kgo

As the season come to a close, stay tuned to @neosportsinside on Twitter and keep up with the playoffs for the AFL to see who has what it takes to make it to the top  in the 30th Anniversary season of the Arena Football League. Congratulations to Derrick Summers for a job well-done.