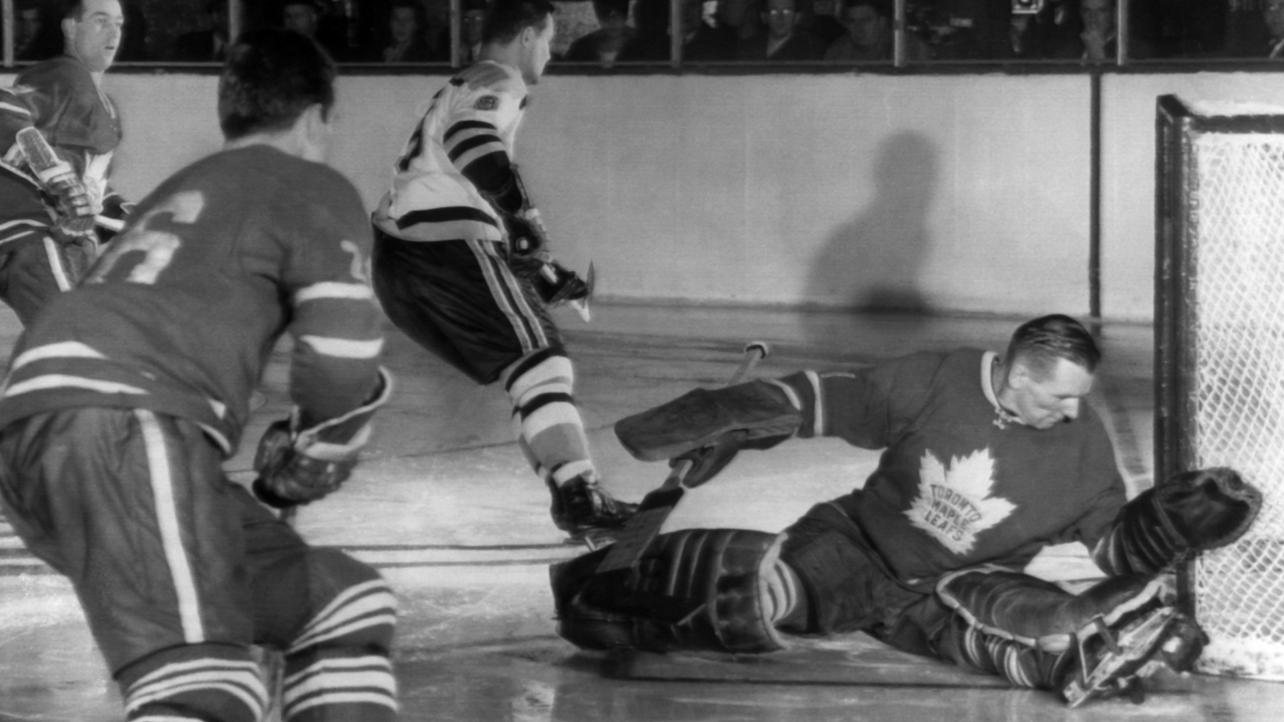 One of the greatest Toronto Maple Leafs who ever played passed away today, but many don’t recall that before Johnny Bower won four Stanley Cups during his career with the Maple Leafs, he was a star in Cleveland with the Cleveland Barons.

The Canadian Hockey Hall of Fame goaltender passed away on Tuesday at the age of 93, and if you are a fan of Cleveland hockey history you know that Bower played for 11 seasons in the late 1940s and 1950s with the Barons in the AHL.

He came to Cleveland after he served with the Canadian Army during World War II in England from 1940 to 1943 and was discharged due to rheumatoid arthritis.

Bower was the best goaltender in the AHL, and won a number of awards and lead teams to three Calder Cup championships.

In the NHL, he played with the New York Rangers and Maple Leafs, and was a four-time all-star, winning 220 games (second in franchise history), a Vezina Trophy, was in the Hockey Hall Of Fame and named No. 7 in a recent book on the top 100 Leafs ever.