Bruce Arians Says He’s Not Interested in Going to Green Bay; Would Only Coach Again in Cleveland 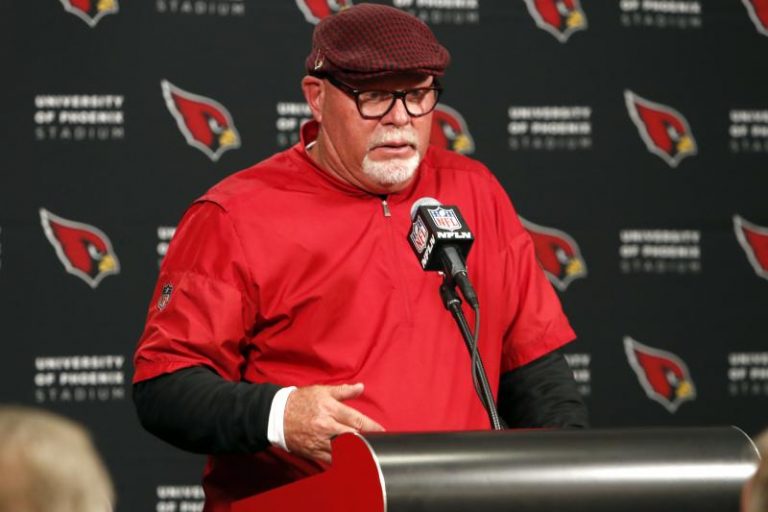 Sunday another head coaching job became open in the NFL, as the Packers parted ways with long time head coach Mike McCarthy, meaning at the end of the season the Browns will have some competition when looking for a new coach.

One former NFL coach though who has reportedly been a fan of the Browns coaching job for awhile is still in love with the position in Cleveland, that being former Arizona Cardinals head coach Bruce Arians.

The rumors about Arians being a fan of Cleveland have been circling for some time, as he’s said that if he does come back to coaching, it would be in Cleveland, and in Cleveland only.

That same statement was made again on Tuesday, as CBS Sports Radio’s Zach Gelb posted about a minute of an upcoming interview with Arians, and the one-time Browns assistant said that he’s not interested in the Packers job – but again the only place he would coach if he did come back to the sidelines would be Cleveland.

Here’s the clip of Arians saying he’s not interested in going to Green Bay, but would only want to coach the Browns.

Just talked to former @AZCardinals HC Bruce Arians (@BruceArians). Will play the entire interview tonight when I’m in for @AfterHoursCBS on @CBSSportsRadio. BA told me he has no interest in the #Packers job. He reiterates that he is only interested in the #Browns job. #NFL pic.twitter.com/ilxhuOgeZb

A lot of things can happen in the next month in terms of possible coaches and what not, but Arians has to be right at the top of John Dorsey’s list for the Browns moving forward.