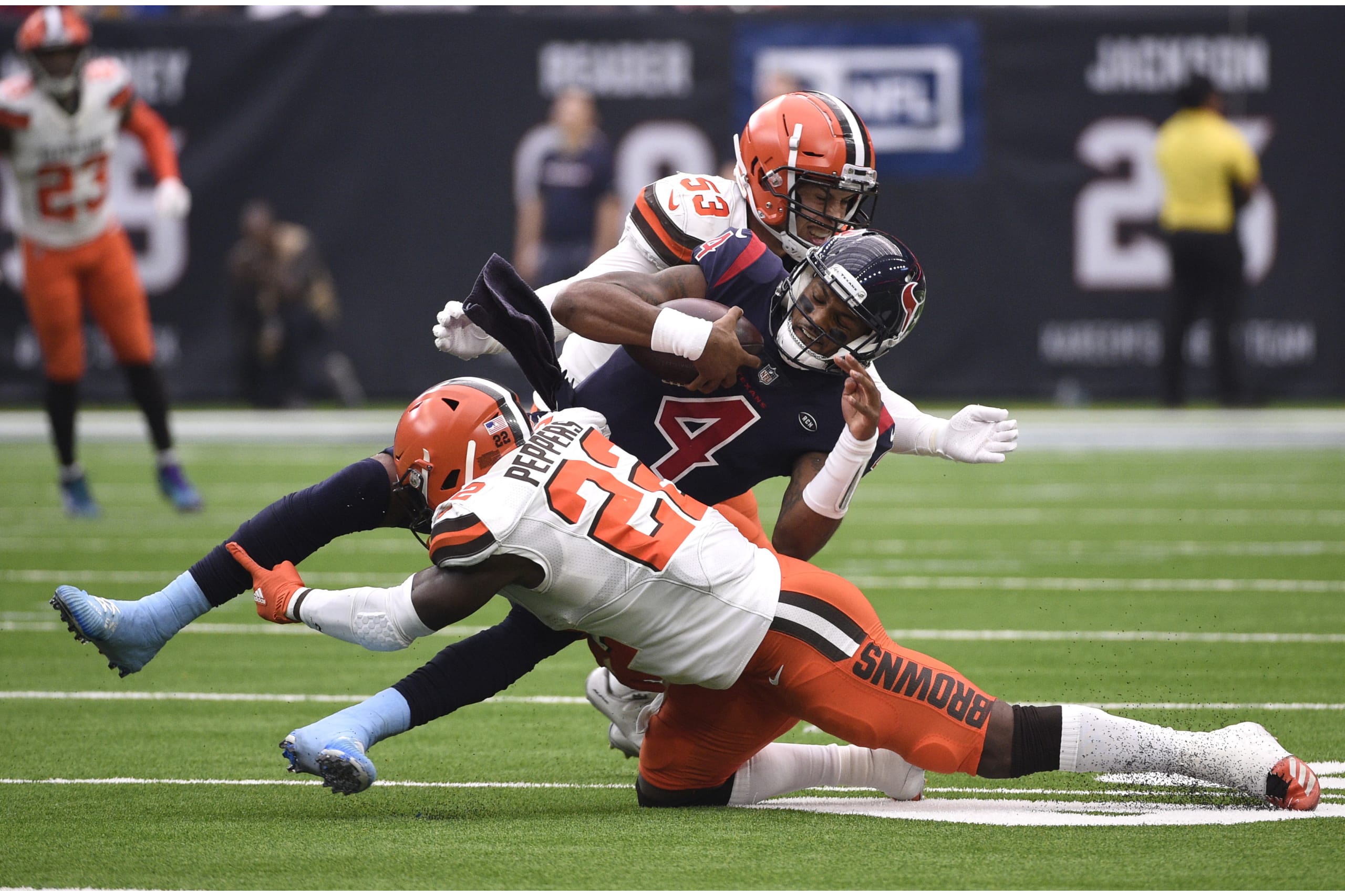 The Browns dropped a tough game on Sunday against the Houston Texans at NRG Stadium, and today was the first time in a few weeks that interim head coach Gregg Williams had to face the media on a Monday after a setback.

Here’s some takeaways from and answers to the media’s questions from today’s press conference in Berea.

On Sunday’s Setback in Houston:

“The game could have been closer, and the reason the game was not as close is that on the road you can’t be minus-four [in turnover differential]. You can’t do that. On the road minus-four and allowing a defensive score even diminishes your chances, whether it is minus-one or minus-two on the road and you allow a score on the offensive side of the ball when you are out there. Defensively, we have to take it away. We had the ball on the ground a couple of times. We have been well on taking it away. We have to score on defense, too. When they score, we score. That is how you play the complementary game.

“Affect the field position. Defensively, one of the things that we have to do is better on third down and forcing them. Anytime that you force a team to 16, 17 or 18 [third downs] – we have had those weeks this year when you are 16-plus third and fourth downs – that is really good on first and second down, but then you have to get off [the field[]. It was more us than them. We have to execute our way. It was more us than them on a couple of those situations, especially when it gets down into the short-yardage situations. Give them credit. I will tell you, our guys credit them. We still made them kick field goals, but we could have been off the field on third down before they were in field goal range and forced a few more punts that way and give our offense an opportunity there to do better. Second half, just like we have you said, when we took a look at the film and everything, they came out grinding.

“I thought (QB) Baker (Mayfield) did a very good job all day long in the leadership aspect of how we are going to do things on offense. I thought the leadership aspect on defense, too, and on special teams, the guys never flinched. We just need to do a better job in the point-producing areas of what the takeaways mean and how they do that on diminishing the return on winning games on the road.”

DB Terrance Mitchell Returns from Wrist Injury; Expected to Play Sunday against Panthers
Bruce Arians Says He’s Not Interested in Going to Green Bay; Would Only Coach Again in Cleveland