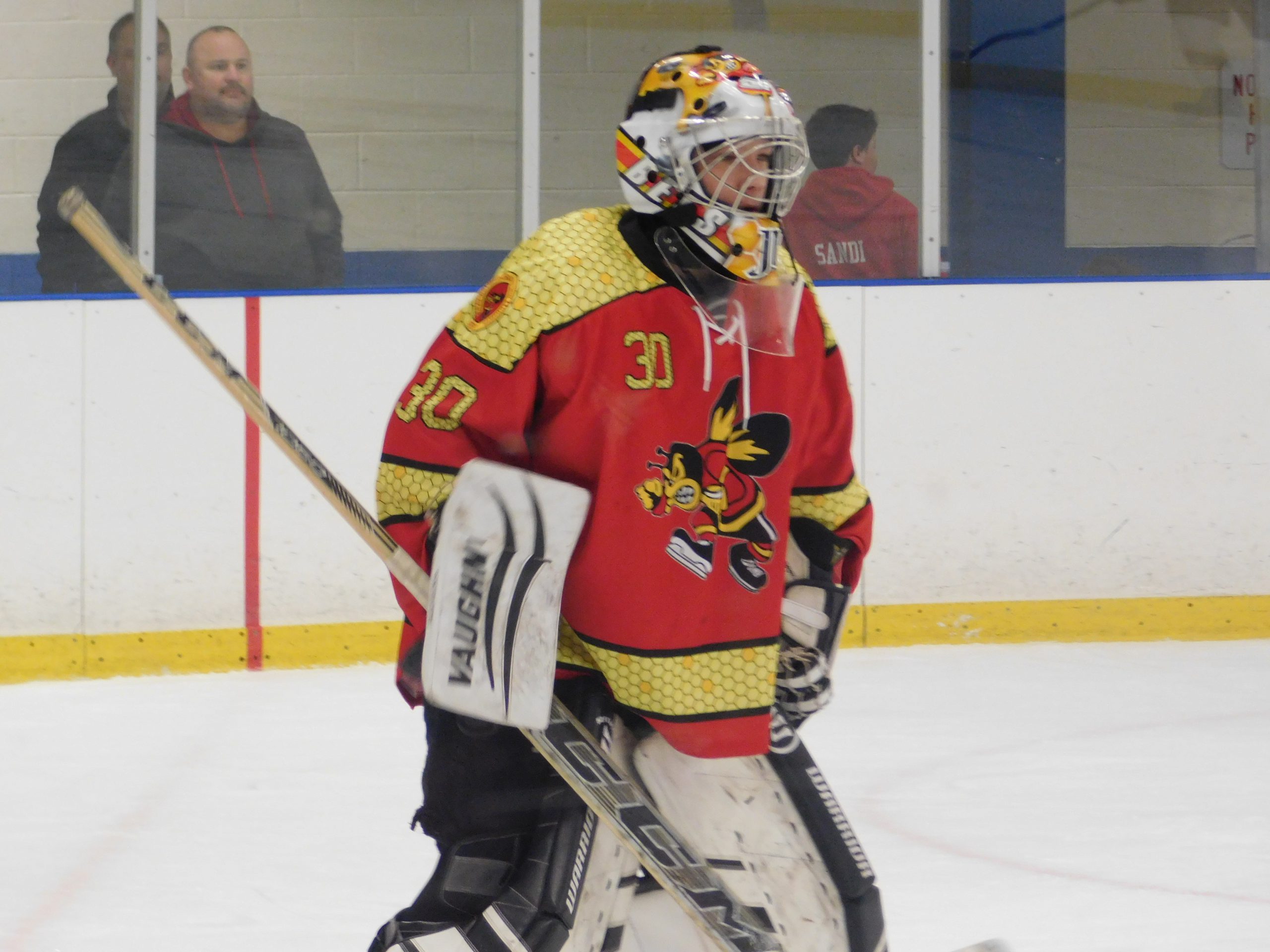 PARMA, Ohio- The Brecksville-Broadview Heights Bees and Holy Name Green Wave took the ice for the first of two games in the Parma Christmas Tournament at Ries Rink on Wednesday. The Bees looked to take some momentum in 2018 after falling to a discouraging 2-10 to start the campaign. Heading into the clash, Holy Name’s Junior Varsity squad looked to claim victory against a very young squad.

The game was extremely physical and rather appealing to the eye for those that enjoy a lot of checking, as there was a ton of collisions from center ice to the end boards. Brecksville-Broadview Heights spent a majority of the first period skating backward, as the Bees were hit with three different penalties throughout the frame. They were able to kill them off and refused to allow the Green Wave to have any good looks at freshman goaltender Justin Blauman. Blauman fended off twelve shots at his net during the opening frame and the teams went into the break scoreless.

The second period laid off a little bit on the intensity for just a brief moment, allowing Brecksville-Broadview Heights the opportunity to take the lead midway through the stanza.

Junior Creighton Hudock received a pass at the blue line and fired it home to beat Holy Name goaltender Brendan Greller. Greller lost sight of the puck as it sped past him to the back of the net. The lone goal of the period came at the 7:08 mark and despite only getting twelve shots on goal, the Bees skated into the third period holding a 1-0 lead over Holy Name.

Just 1:36 into the third period, the Green Wave finally broke their offensive silence with a marker at the 1:36 mark. Jared Crawford put home the puck and all of the Holy Name skaters looked relieved to tie the contest up early into the final fifteen minutes of play. It was a big goal for Holy Name but they couldn’t get the puck movement necessary to score again.

Instead, it was the Bees that potted the game-winner. Late in the third period, Creighton Hudock once again found the back of the net while standing near the crease of Greller and redirected the puck past the net-minder to lift the Bees to a 2-1 victory over Holy Name.

Brecksville-Broadview Heights continues tournament play tomorrow against Parma at 2:45 pm while Holy Name JV takes on Amherst at 10 am.