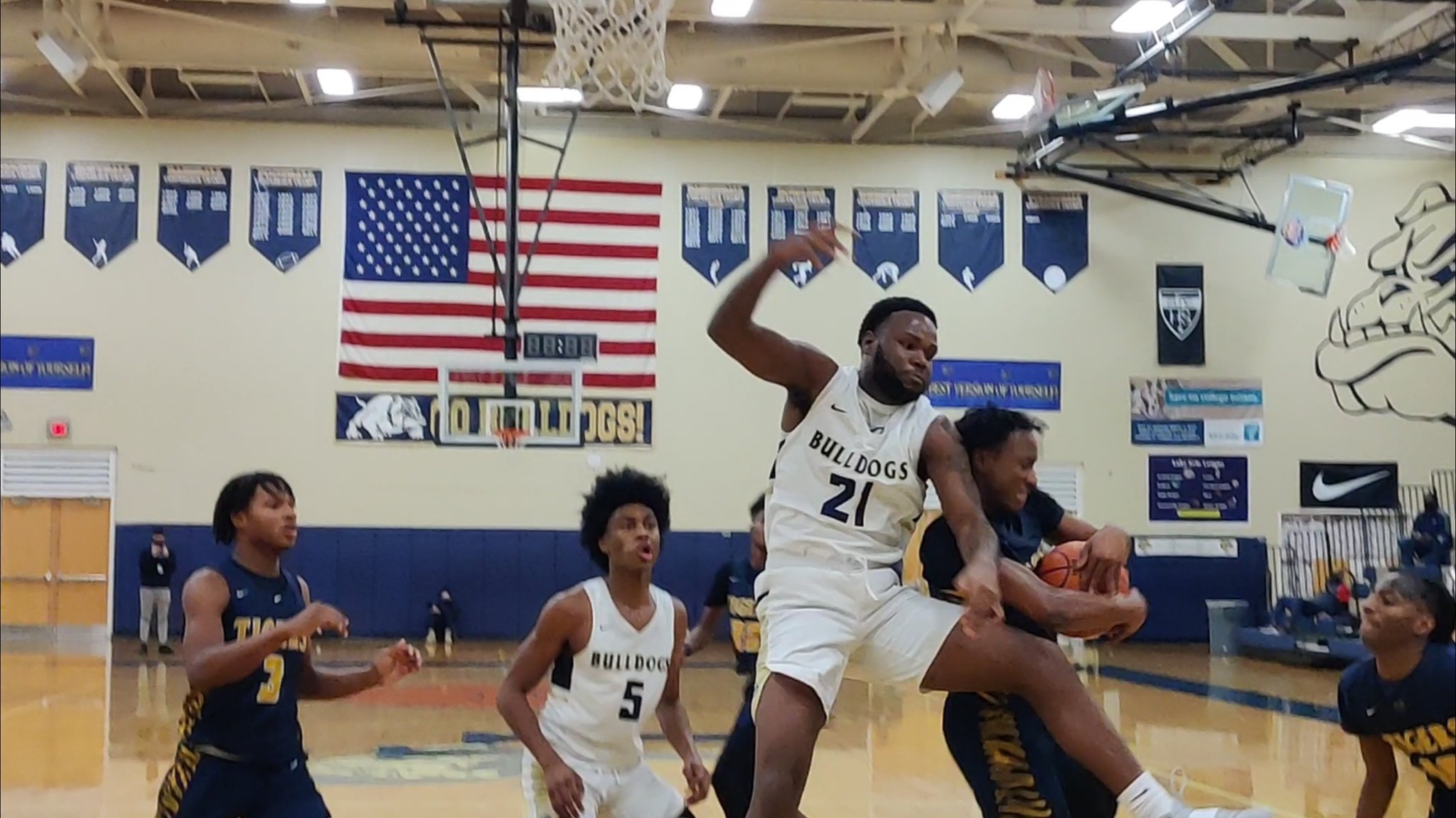 GARFIELD HEIGHTS, OHIO – Warrensville Heights was down athletic big-man and tallest player Tyishawn Smiley before they faced off against the Garfield Heights Bulldogs, who had some size to them.

Despite the adversity, the undersized Tigers overcame it to defeat their Lake Erie League opponent Garfield Heights 55-46.

“We came in with a gameplan,” Tigers coach Brian Swift said.

Obviously we were undersized a little bit. Missing two of our guys… Our guards had to be the difference. They stepped up big. They took care of the basketball; made some key shots down the stretch. It’s a great feeling. I think they did a great job tonight.”

The guards that stepped up were Jadan Hameed, Ramelle Arnold, and Jamarion Johnson. They combined for 43 of the 55 team’s points.

Hameed (13 points) was fouled on the three-point line just before the third quarter ended and made all the free-throws to give them a 41-32 lead as the quarter concluded.

11 of Hameed’s points were scored in the third quarter.

Johnson scored 6 points, which were back-to-back three-point shots in the end of the second quarter to trail by one at halftime.

Arnold scored 24 points, was 9-of-16 from the field and made all three of his free-throws.

They also kept the turnovers low as they combined for six turnovers.

In the first quarter, both teams were slow out of the gates. It took Warrensville Heights (7-1, 4-0 in LEL) scored their first points with 4:28 on the clock.

The Tigers were not far behind as they cut the Bulldogs’ lead to 14-10 at the end of the first quarter.

Warrensville Heights went on a 9-2 run to start the second quarter to cut the lead to 28-27 at halftime.

Garfield Heights took advantage of their size in the first half as they outrebounded the Tigers 22-10.

The Tigers emphasized on their rebounding in the second half. Stepping up to the plate was Terrrion Ellis.

Under the basket, Ellis held much of the rebounding responsibility for them.

“He was everywhere. Defense, rebounding. He did everything coach (Swift) asked him to do. Even though we were short a couple of players. He stepped up.”

Ellis’ statline was with 7 points, a team-leading 13 rebounds, a block, and three steals.

With the help of him and the other Tigers, they evened out the rebounding to an even 29-29 and the victory.

“One of our gameplans was to make them work defensively, even though we weren’t shooting a lot of shots. We were making them work long [offensive possessions]. It took its toll.”

With the Tigers leading in the fourth quarter, Garfield Heights applied the full-court press that hindered Warrensville Heights in their overtime win against Shaker Heights.

Garfield Heights showed some success with the press as they attempted a rally with an 8-0 run, but the Tigers adapted to the circumstance to come through with the victory.

“We handled the (full-court press) a lot better than against Shaker (Heights),” Swift laughingly said.

“We still had some costly turnovers that gave (Garfield Heights) an opportunity to come back into the game. We came down to score [on the offensive end] to shut down the run that they tried to make. We still got some things to clean up.”

Leading the Bulldogs in scoring were Makail Cottingham (12 points), and Tyler Jackson (11 points). Tavian Tatum was their operator in the paint as he scored 9 points.

Warrensville Heights anticipate having Smiley back in their next game as they will host Cleveland Heights and Garfield Heights will go on the road against Bedford on Friday, Jan. 15.

Here is the scorebook for Warrensville Heights 55-46 win over Garfield Heights. pic.twitter.com/Y1uxVh07fq