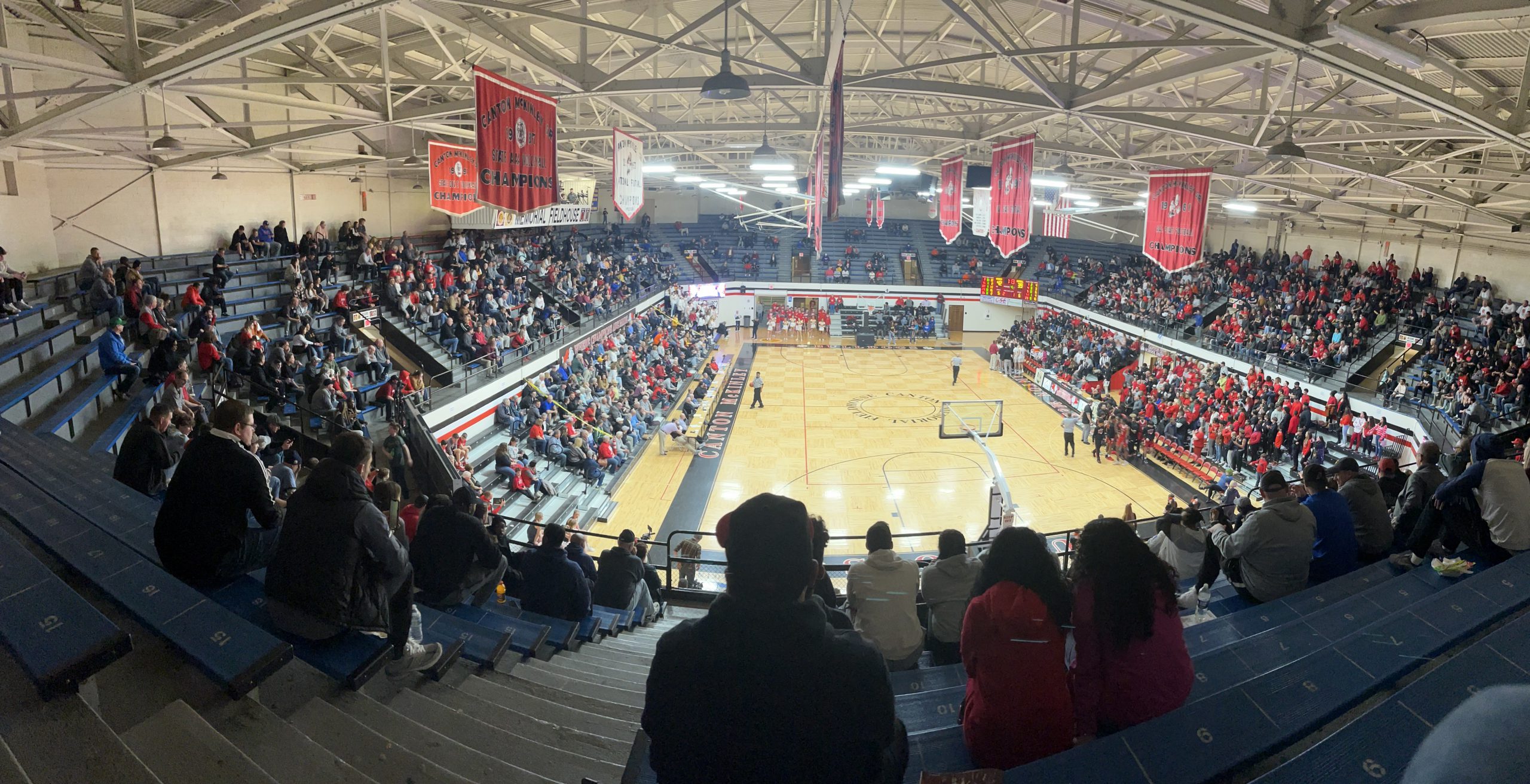 Youngstown Cardinal Mooney and Lutheran East survived tough challenges Wednesday night. Both teams were able to advance to Saturday night’s regional final, with a trip to Dayton on the line. Mooney (18-9) outlasted a game squad from Campbell Memorial (24-2) 47-41 in the first game of the night.  Lutheran East (15-9) survived against Norwayne (24-3) 58-45 in the night cap.

There was a sea of red and black in attendance to cheer on their Campbell Memorial Red Devils. Early in the contest, they had a lot to cheer about. The Devils jumped out to a 9-2 lead. That forced Mooney coach Carey Palermo to call an early time out. It was a back-and-forth battle as the Cardinals used a lot of clock. They made a run to take a 22-21 lead into the half.

Campbell had success in what was a low-scoring 3rd quarter, leading 33-29 heading into the final quarter. The 4th, though, belonged to Mooney. The Cardinals won the final period 18-8. Thus, giving them the 47-41 victory, and a shot at a trip to state Saturday night. The Cardinals had three starters score double digits. Rocco Turner scored 16 while Ashton O’Brien and Mick Hergenrother chipped in 15 and 11, respectively. Leading the way for the Red Devils was senior Xavion Leonard. He had 15 and was a presence on both ends of the floor, blocking and altering numerous shot attempts.

The nightcap saw the Norwayne Bobcats give the defending state champions from Lutheran East all they could handle. As the Falcons pulled away a bit, in the second half, for a 58-45 victory. The Bobcats made their 3rd straight trip to regionals. Unfortunately for Norwayne fans, they ran into a tough Falcons squad that bounced them from the tournament a year ago.

The first half went about as good as Bobcats’ coach Brian West could have hoped for. His team handled the defensive pressure of the Falcons and went into the half tied up at 25. In the 3rd quarter, the Falcons found their groove as their pressure finally got to Norwayne. They forced turnovers and timid shot attempts on their way to an 11-2 quarter. From that point on, the size and athleticism from Lutheran East, was just too much. The Falcons finally found their groove offensively. Leading the way for the Bobcats was Justin Rupp with 19 and teammate Isaiah Portis chipped in 13. Devin Belle had a huge night off the bench for the Falcons scoring 23 points, 19 of which came in the 2nd half.

The regional final is set for Saturday night, where Cardinal Mooney and Lutheran East will face off at the Canton Memorial Fieldhouse. Tip-off is set for 7pm.