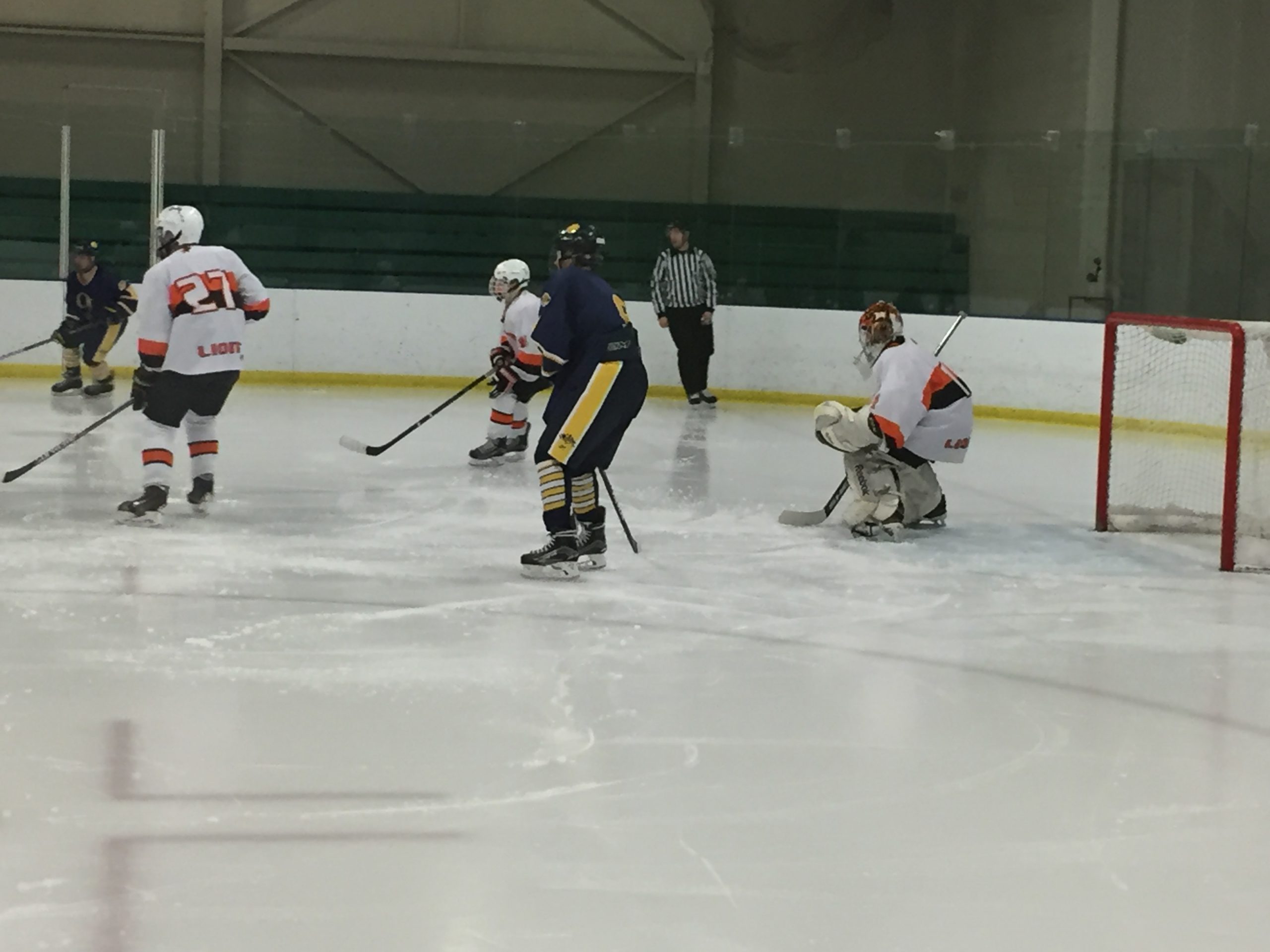 BROOKLYN, OHIO – The finale of the opening night of the 45th Baron Cup saw an entertaining game between the Orange Lions, the 4th seed in Baron Cup II against the 5th seeded Olmsted Falls Bulldogs.

The game was the most competitive of the day, and saw Orange win a tough game 5-3 for the right to play Cleveland Heights on Friday at 5:30pm.

Cleveland Heights beat up Benedictine earlier in the day on Monday 10-0 in just two periods.

The Lions got on the board quickly, as Zach Cohen put the puck in the net just 36 seconds into the affair, with an assist going to Scott Hill.

9:11 into the first the Lions went up 2-0 as Brandon Gotilieb hit on a power play goal as Bulldogs goalie Zach Snyder wasn’t able to pull the puck in and Olmsted Falls was down 2-0.

The Lions jumped out to a three-goal lead as Cohen scored in the second period at the 11:50 mark and it appeared it would turn into the third runaway of the day as Orange lead it 3-0.

The Bulldogs got on the board in the second period at the 3:44 mark, as freshman Max Gruszynski got the team back into the game, with the assist going to Zach Sadowski.

Orange went on a power play and quickly made it a three-goal game again, as forward Justin Beachler got the goal, with Scott Mosher and Jake Sonkin each collecting an assist to make it 4-1 with 6:48 left in the second period.

A scrum in front of the net with 8:27 to go netted another goal for the Bulldogs to drive them closer to 4-2, as Sadowski was able to tap it in, giving Olmsted Falls life down two.

The third period continued to be hard hitting, but the Bulldogs were able to get a two-man advantage late in the period on the power play with 1:30 left, and pulled their goalie.

It turned out to go the way of the Lions, as Gotilieb got the empty-netter for the clincher to make it 5-2.

The Bulldogs scored a power play goal, as Carson got a goal with a two-man advantage to close out the scoring at 5-3.

Check out our Photo Gallery from Baron Cup II Game Two Between Orange and Olmsted Falls: 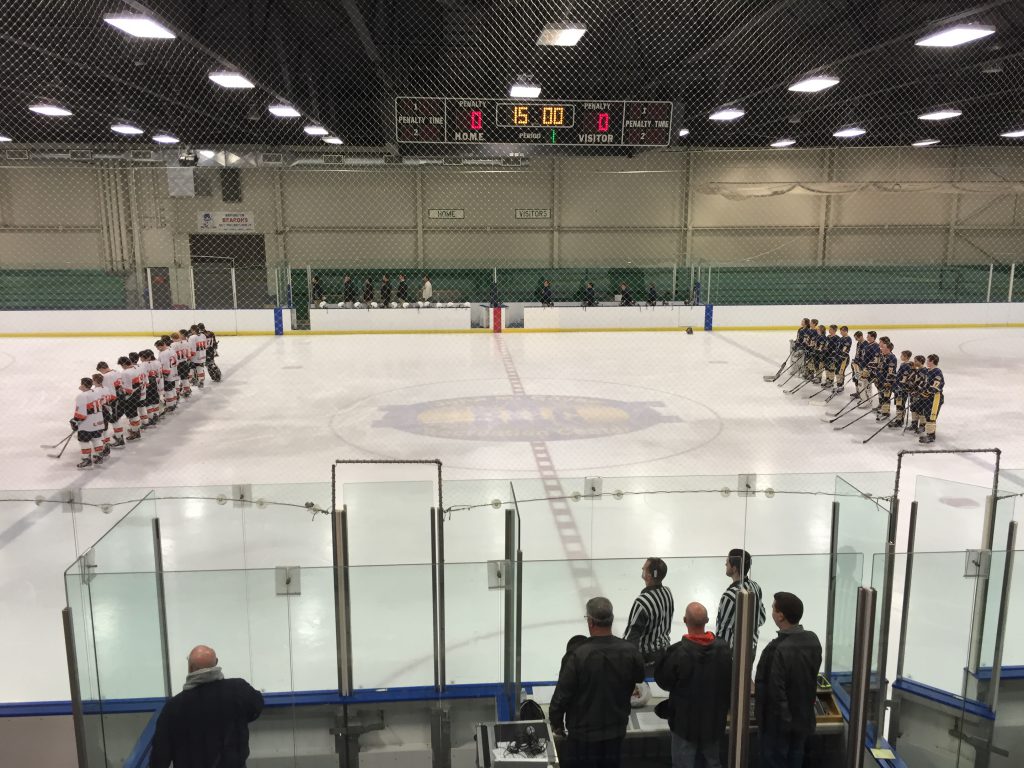 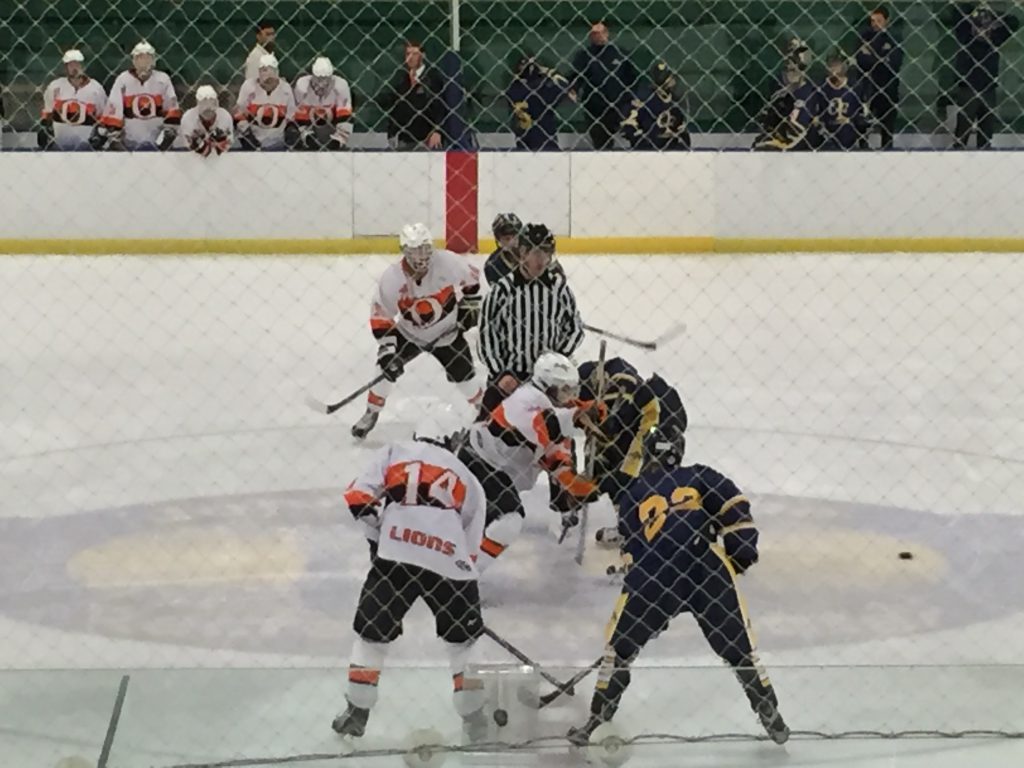 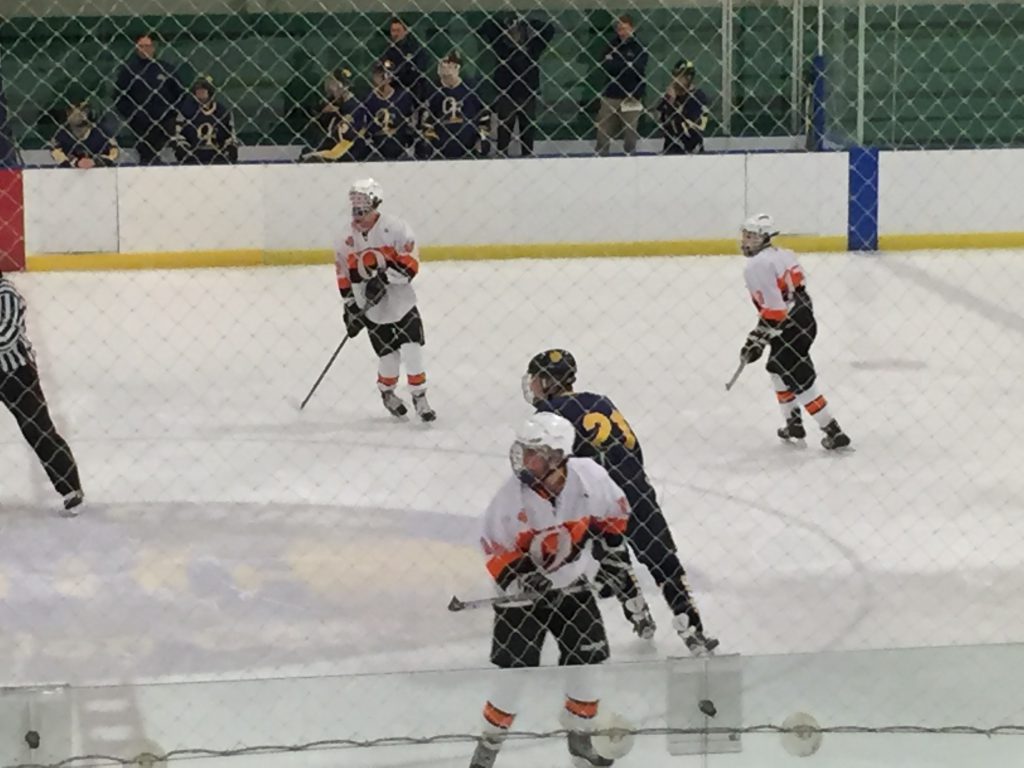