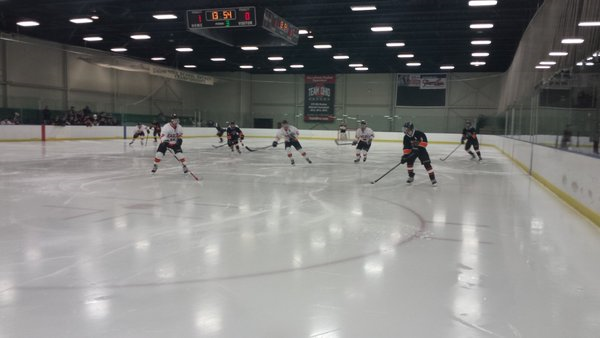 The Baron Cup II Quarterfinals kicked off Tuesday night at the Brooklyn Ice Arena, as the #2 North Olmsted Eagles took on the #7 Chagrin Falls Tigers.

Both sides battled hard in a scoreless second frame and North Olmsted would stay in front 1-0 heading into the third period.

North Olmsted would score two goals early in the third period to make it 3-0.

The final dagger came 13:38 into the third period, as the Eagles would close it out with a 4-0 shutout.

North Olmsted moves onto the next round to play the winner of the match between #3 Avon and #6 Midview. The puck drops for that game at 8:30 PM Tuesday night.

The Semi-Final matchup will be Friday night at 7:30 PM.