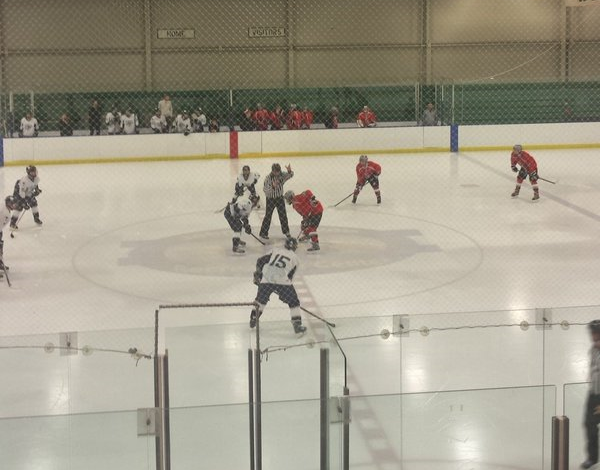 Two players came through with hat-tricks, as Joe Gallo of Parma and Ryan DiRosa of Twinsburg put on a show. It was a hard-fought contest and Parma came away with a 5-3 victory.

Both teams were physical from the start and the Parma Redmen got on the board first, taking a 1-0 lead on a goal from Gallo 7:39 into the first period.

Twinsburg was quick to strike back roughly three minutes later, as DiRosa tied it up at one and the teams would enter the first intermission deadlocked.

It was a hard-hitting second period and the Redmen regained the lead 5:58 into the frame, going back on top 2-1, thanks to a goal from Tommy Arthur.

Gallo struck again in the final minute of the period, scoring his second goal of the contest to make it 3-1 in favor of Parma.

Parma added onto their lead to make it 4-1 2:43 into the third period, but DiRosa netted home his second goal of the evening nine seconds later to make it 4-2.

Twinsburg scored again as DiRosa came through in the clutch with his third goal of the game 14:33 into the final frame, making it 4-3 with just under 90 seconds to play.

Parma moves on to face #1 NDCL, who is fresh off an 8-1 victory over Elyria Catholic, in the Baron Cup III Semi-Finals on Saturday at 1 PM.