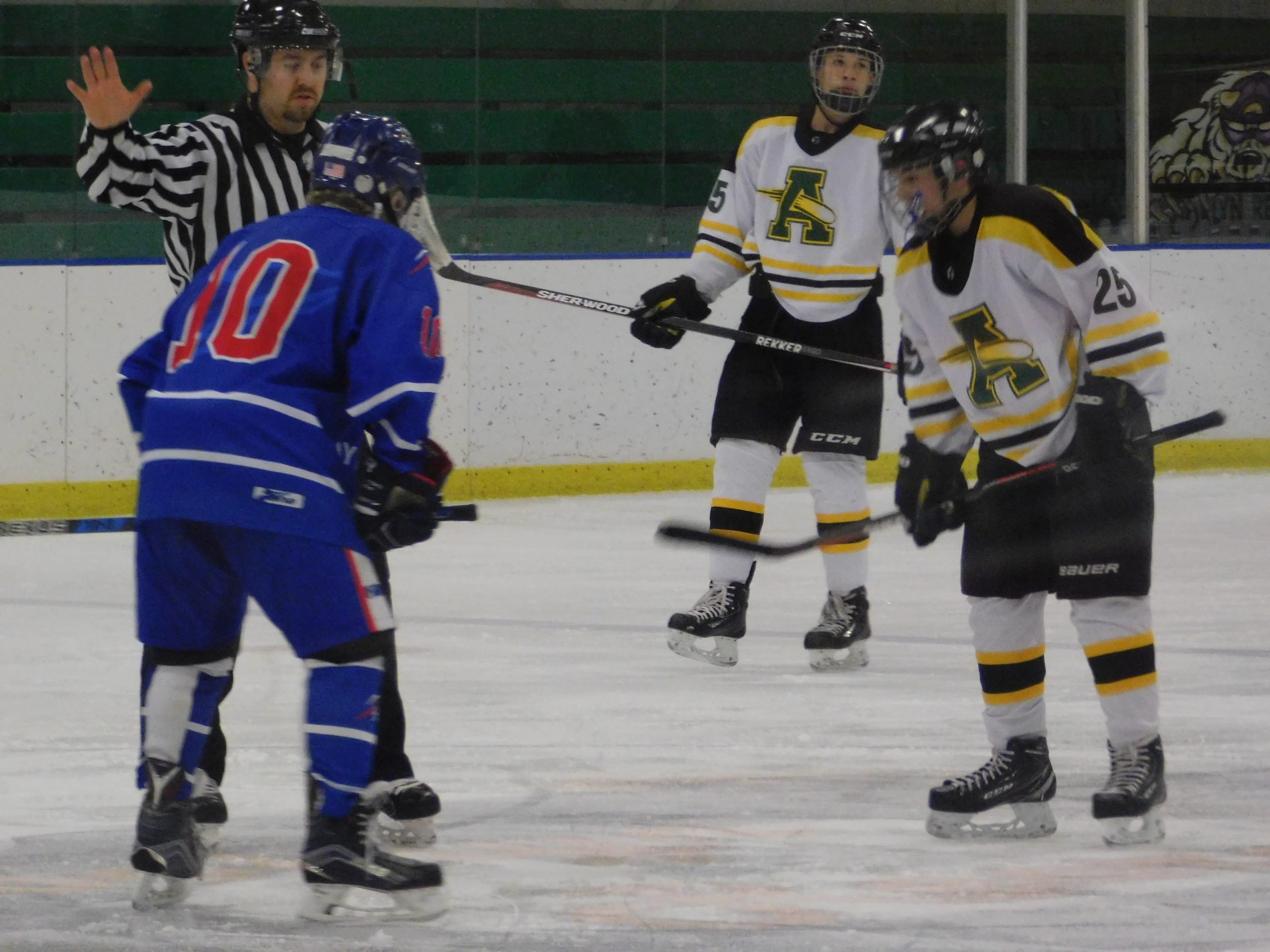 BROOKLYN, Ohio- Amherst Steele and Bay took the ice Monday evening for a meeting of two teams with a lot to prove. Despite winning five combined Baron Cup II championships between the years 2003-2012, neither squad has been able to capture gold since. Amherst Steele even missed the Baron Cup II tournament last year at an 11-17 record.

Monday’s tilt showed how talented these two teams are at their best, proving they have the ability to make a deep run into the tournament.

A rather uneventful opening frame saw the Comets outshoot the Rockets by a margin of 13-3. Amherst Steele also remained clean and stayed out of the box for the first frame. Bay was able to avoid giving up a goal while playing a man down twice in the frame. The teams went into the break scoreless.

Nathan Harmych got the scoring started for the Comets at the 8:36 mark of the frame. Tyler Waldecki added the second goal at the 12:31 mark of the middle stanza. The Comets went into the locker room up 2-0 on Bay.

It appeared at first that Bay would climb back into the contest with a Jacob Gaudino goal just 1:31 into the frame. However, bad tempers got in the way of a Rockets comeback.

Harmych, Jacob Fekete, and Jacob Kramer added four more goals while on a emotional and physical advantage to make it a 6-1 final for an Amherst Steele victory.