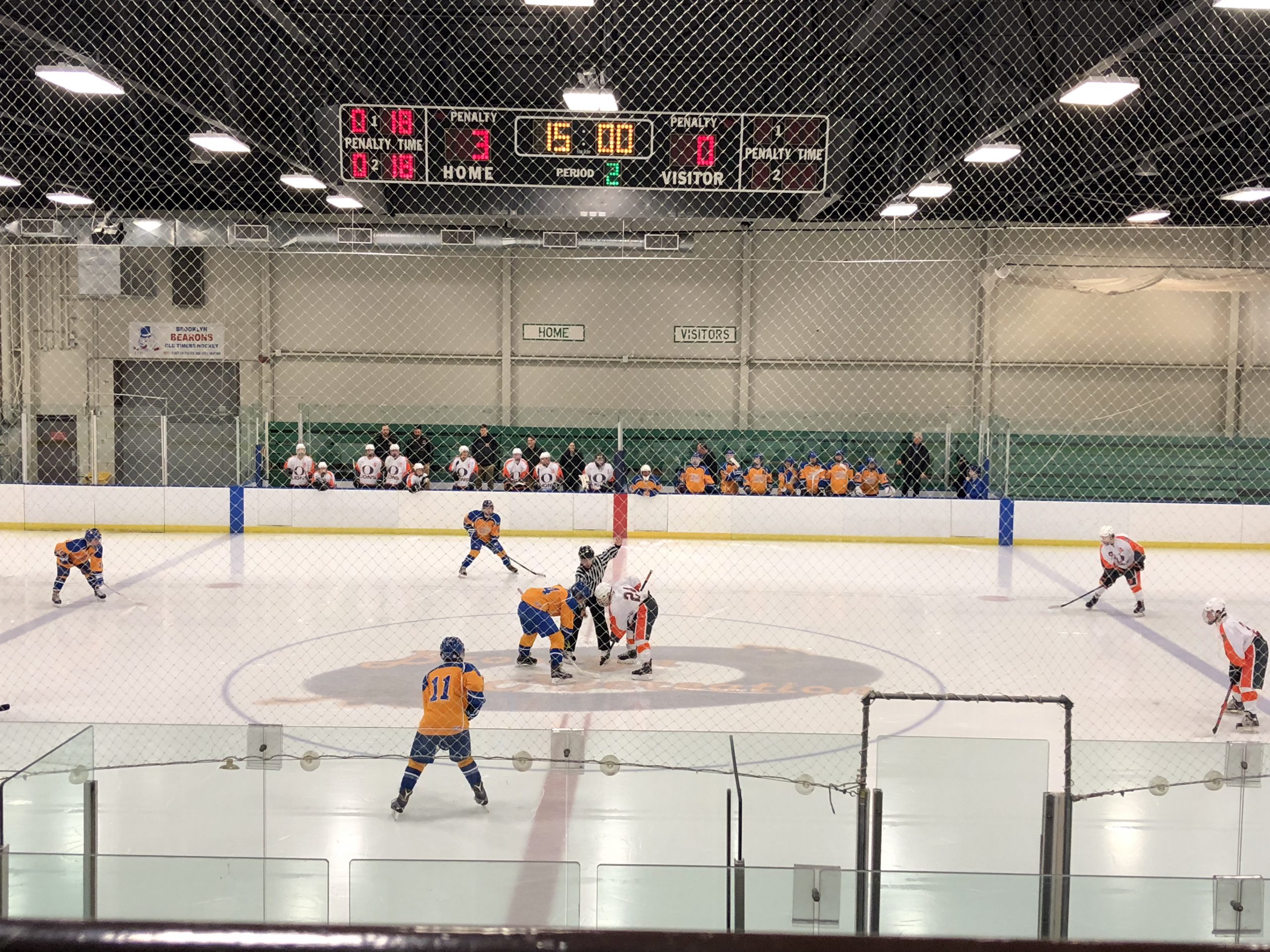 Shots were flying early as Orange took a quick 2-0 lead early after a Justin Beachler and Scott Hill goals only a minute into the game.

Scott Hill gets a assist as he passes the puck to Zach Cohen to make it a 3-0 Orange lead with 9:55 left in first period.

The second period was high scoring as 4 goals were scored between the two teams.

Orange powers back after a Power-Play goal by Zach Cohen. Orange went red hot and scored another 2 goal by Kyle Hadden and Scott Hill to make it a 6-1 score to end the second period.

NDCL’s Will Ferrell made a two goals in the third period to make it a 7-4 game. Orange’s Jake Sonkin hits the final goal of the game to make it 8-4.

Orange defeats NDCL to a final score of 8-4 as day one of the Baron Cup comes to a end.

Orange improves their winning ways and advances in the Baron Cup and will go up against the winner of the matchup between Avon and Olmsted Falls.