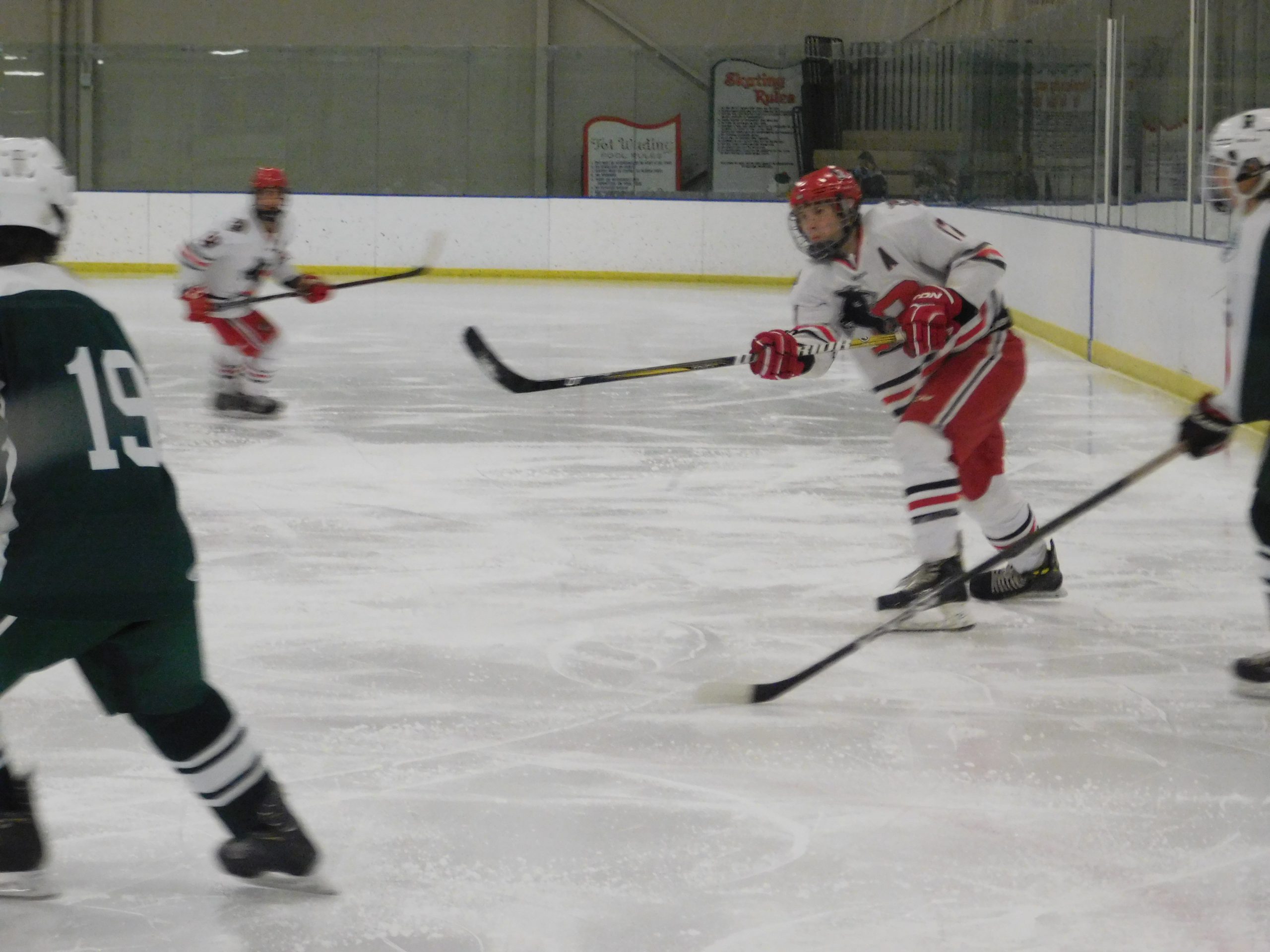 BROOKLYN, OHIO – Kent Roosevelt forward Nick Krestan put up 23 goals in league play this season, but it was his three in the Rough Riders opener of Baron Cup play Tuesday night that will be remembered the most as they move on following a 5-3 win over Western Reserve Academy.

Krestan and the Rough Riders built a 3-0 lead with six minutes left in the second period, but the Pioneers battled back, and took it all the way to the final two minutes.

It was at that point Krestan scored his third goal of the night to clinch the win and send Kent to a Friday battle with the Midview Middies in Baron Cup II play.

It took just 45 seconds into the first period for Kent to grab the lead, as they scored right off the bat as Krestan, who scored 23 goals in league play during the season, found the back of the net unassisted to make it a 1-0 affair.

That’s how the first period would end, as both teams played solid on defense, with Western Reserve outshooting Kent in the first 12 minutes by a tally of 10-7, but trailing 1-0.

Krestan put the Rough Riders up by two goals at the 4:39 mark of the second period, as he was able to find the back of the net for a second time making it a 2-0 Kent lead.

With exactly six minutes remaining in the second period Kent pushed it to a three-goal advantage, as Liam McLoughlin scored the goal with Krestan on the assist as the Rough Riders began to pull away.

The Pioneers though got right back in it, as they cut it to a two-goal Kent lead with 4:54 to play in the second, as forward Noah Goad got WRA on the board to make it 3-1.

The assists on Goad’s goal was credited to Tommy Wagner.

Western Reserve went on a two-man advantage with 2:51 to play in the second period after a pair of minor Kent penalties.

The Rough Riders fought off the first penalty with 1:46 remaining in the second, but then WRA closed it to a 3-2 affair with 1:22 left in the period.

The Pioneers power play goal went to Jad Darwiche, with Wagner getting his second assist of the game at the 14:38 mark of the second.

In the second WRA had eight shots for 15 total, while Kent had 17 for a two period total of 27.

Ethan Steffl pushed the Kent lead back out to two at 4-2, as he scored with 8:29 left to play, Perry Antalek collected the assist to give the Rough Riders some breathing room.

WRA would not give up, as they closed it to one again at 4-3 with 3:16 left, as Noah Goad notched his second goal of the night, a short-handed goal, Darwiche got the assist and it was still tight in the final minutes.

With 1:33 left Krestan notched the hat trick, ending a great night for the Rough Riders leading scorer, as he wrapped up the win with a goal unassisted to end the scoring at 5-3.

Nate Hopkins suffered the setback in net for the Pioneers, while Zach Harper got the victory for Kent.

The Pioneers put 43 shots on net in the win, the Rough Riders 25, but it was some clutch play by Kent that led them to the win as they will move on to play Midview Friday night at 7:30pm.

Check out the Pictures Below from the action between Kent Roosevelt and Western Reserve Academy! 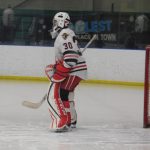 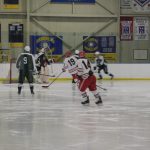 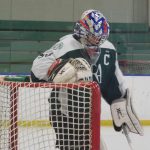 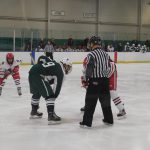 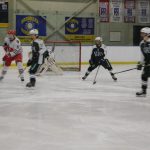 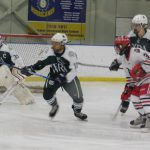 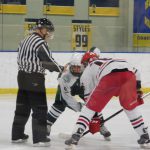 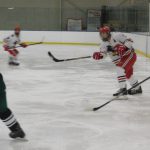 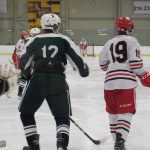 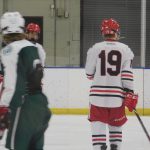 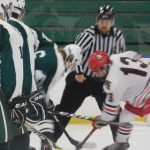