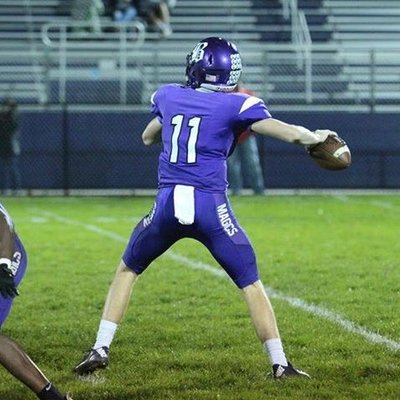 Earlier today the 2017 NEOSI High School Football Player of the Year Zane Ries made his intent known to attend Ashland University this fall. Certainly many schools were very interested in the rising star, but only one secured the coveted QB.

I reached out to Zane earlier today to get his comments on why he chose Ashland and what he hopes to achieve while there. He had this to say.

“I chose Ashland because of their rich tradition, the success of the program, the coaching staff and their relationships with the players and they also have great academics. I hope to just compete early and do whatever I can to help win games for my teammates as well as get a great education!”

NEOSI had the pleasure of covering Ries multiple times this season, and behalf of the entire staff we’d like to congratulate him on his choice and wish him the best of luck!