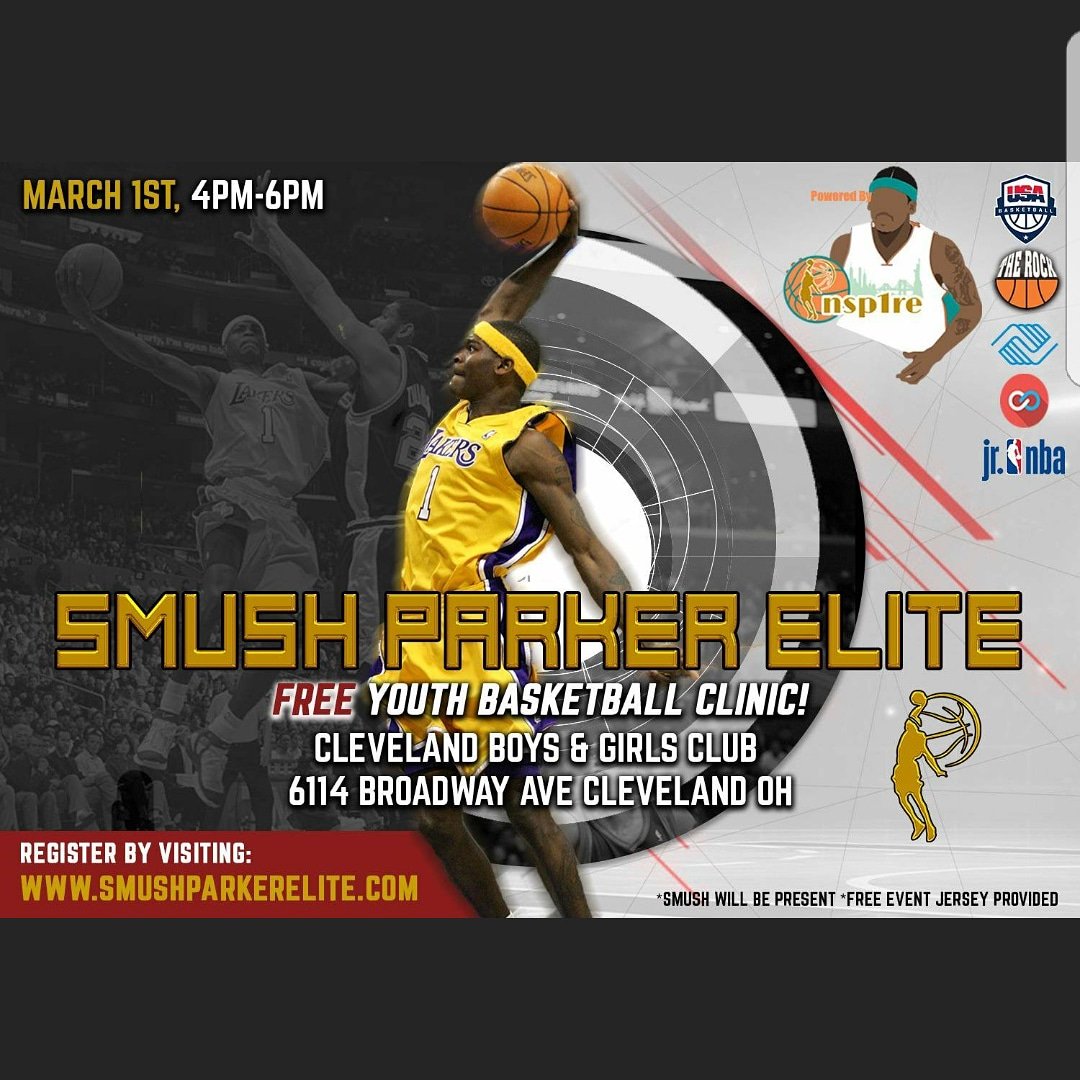 The kids will get a free jersey and a chance to meet Parker, a former NBA player who played for several teams over six seasons.

Smush was a undrafted free agent who won a job with the Cleveland Cavaliers in 2001. He is in the NBA history books for most points scored between a backcourt when he and Kobe Bryant scored 94 points.

He played all over the world and continues to give back to the community.

Be a part of this great event – click HERE to register for this free camp.