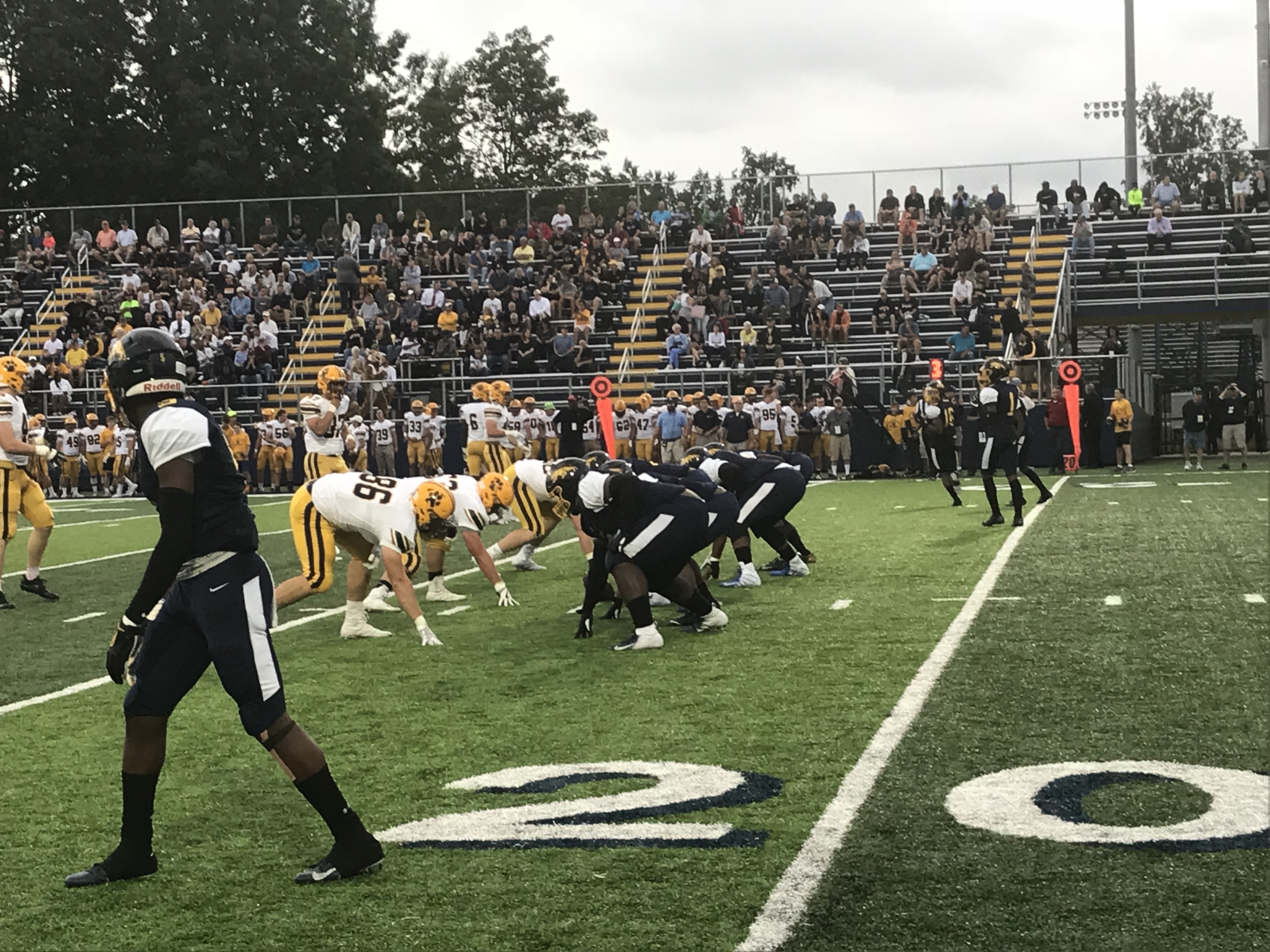 EUCLID, OHIO- A strong second-half performance from the St. Ignatius defense lifted the Wildcats past the Panthers Friday night, securing their first win on the year.

“I think the kids really felt this was an important game right now,” head coach Chuck Kyle said. “We had to win this game every way we could, whether it was special teams, offense or defense. I think we had a complete game against a really good team.”

Not much offense was produced by both teams during the first half of the game. The Wildcats came out in the second half and made a statement. It began with Patrick Delahunty finding Connor Cmiel 47-yards out to push the St. Ignatius lead to 14-0 at the time. It was the start to a dominating finish from the Ignatius defense.

Three minutes later, the Wildcats blocked Euclid’s punt and the defense came away with the football in the end zone to give the Wildcats a 21-0 lead at the time. Two quick scores gave the team the confidence they needed.

“With those two scores, it really put them in a tough situation,” coach Kyle said.

The Wildcat defense allowed the Panthers to pass for just 109 yards and run for 61 yards on 35 attempts. Senior linebacker Thomas Eichenberg recked havoc on the defensive end during the win, registering 13 tackles and one and a half sacks. The Boston College commit made it really hard for Euclid to break off big runs down the field.

On the offensive end, Senior Patrick Delahunty completed 4-of-12 passes for 79 yards and two touchdowns. Senior running back Jahadge Floyd led the rushing attack with 81 yards on 18 carries while Junior running back Jack Welcsh ran for 55 yards on seven carries.

With just under a minute left, Euclid entered the red zone looking to score. Getting stopped three straight times near the goal line, the Panthers had one more chance on a fourth and long to get points on the board.

Senior quarterback Vincent Jackson found fellow senior wide receiver Dre’Von Lindsay in the back of the end zone to finally put the Panthers on the scoreboard. The Ignatius defense forced a blocked extra point, leaving the Panthers with just six points- a season-low.

St. Ignatius avoided their first 0-3 start since 1966 by defeating Euclid Friday night, while also handing the Panthers their first loss of the season as well.

The Junior wide receiver caught two passes for 64 yards and two scores. The Wildcats made sure to get him looks when he was drawing single coverage. Both of those looks ended up resulting in touchdowns, which helped secure the Wildcats their first win on the year.

It was a tough first two weeks of the season, but Cmiel feels like he’s finding his rhythm now after scoring two touchdowns Friday night.

“It’s a lot easier,” he said. “The first couple games were rough because we didn’t get off to a good start so it was hard to get a rhythm. But now, I think we found our rhythm.”