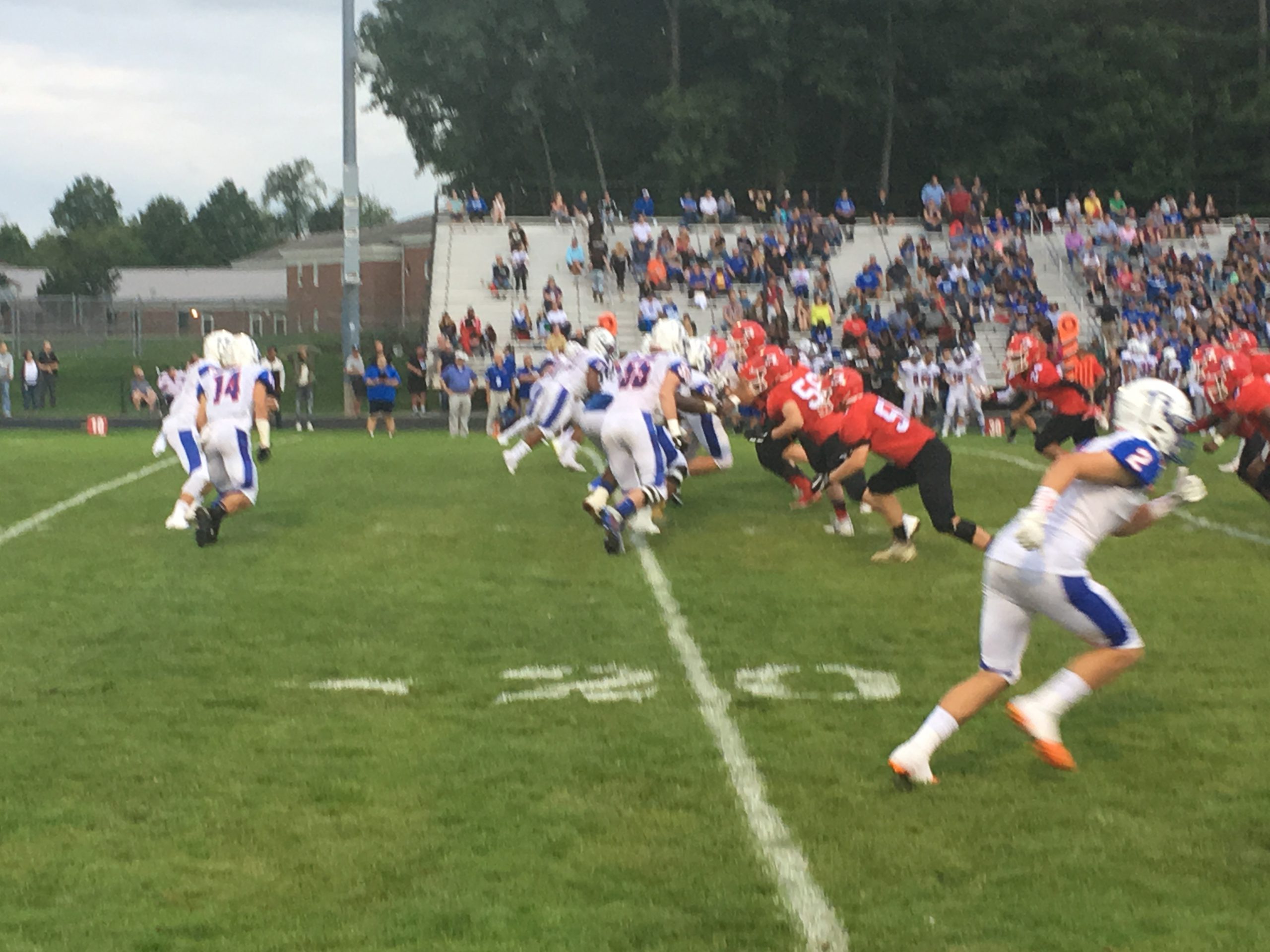 Kent, Ohio – Kent Roosevelt and Ravenna came into Friday night’s matchup tied at 50 wins a piece. The matchup lived up to top billing and then some.

Sophomore wide receiver Jeremiah Jones caught a touchdown pass to give Roosevelt the early lead. Ravenna junior wide receiver Donovan Kelly would add a touchdown reception of his own from senior quarterback Nathan Holt to tie the score.

Roosevelt would retake the lead late in the first quarter when Mikey Friedman caught a touchdown pass on fourth down, and added to their lead with a 34-yard field goal in the second quarter by junior kick Josh Montanari.

Akron commit Sonny Ray Jones II added a 26-yard touchdown run to cut into the Rough Rider lead at 16-14. It would remain that way for the remainder of the first half.

Both defenses came up big in the second half, and Roosevelt had a big stop in the fourth quarter to hold Ravenna off the board and keep the lead.

Ravenna drops to 2-1 and travels to Woodridge on Friday, September 14 to open up PTC Metro Conference play.