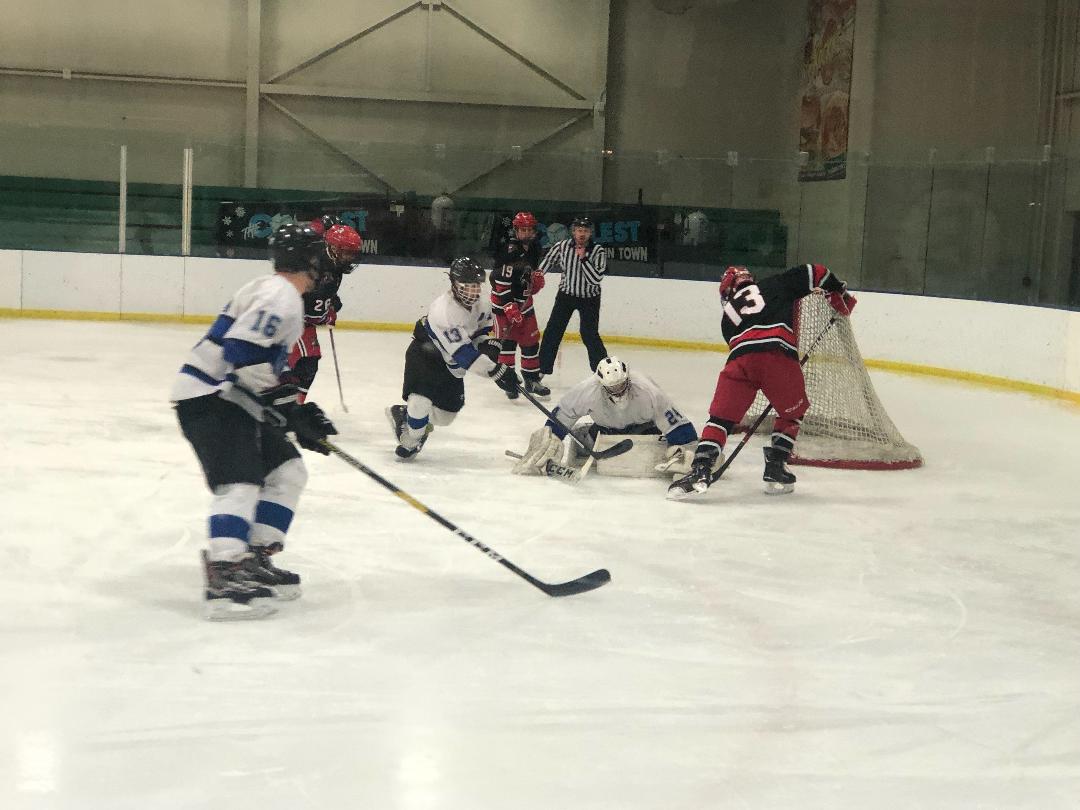 BROOKLYN, OHIO – The Midview Middies punched their ticket to Championship Sunday behind a strong game for the brother duo of Robbie and Jonathan Rogers who combined for 5 goals and 6 assists as they beat the Kent Roosevelt Rough Riders on Friday night.

The Middies came out firing on all cylinders as soon as the first puck was dropped by scoring four unanswered goals, including three coming on power play opportunities, in the opening period.

Midview’s Nick Verlotti, who would later earn Player of the Game honors, was the first to etch his name on the score sheet for the first power play conversion at the 12:20 mark. The goal was set up by Robbie Rodgers, tallying his first of 4 assists on the night, and Evan Vince.

After Paul Saylor made the score 2-0 halfway through the period in favor of Midview, the Middies would notch their 2nd and 3rd power play goals. Verlotti and Jonathan Rogers would use only a total of 42 seconds of a possible four minutes of 5v4 hockey to make the score 4-0 with just under five minutes left on the clock.

Kent Roosevelt would then close out the period with a momentum building goal off the stick of Branden Malone making the score 4-1 as both teams headed to locker room for Intermission adjustments.

As the 2nd period began, the Rough Riders were able to use some of the momentum they generated at the end of the first to edge closer to the Middies.

Although Jonathan Rogers opened the scoring in the period with his second goal of the game off a pass from Issac Vince, Kent Roosevelt roared back with two straight goals to close the gap to 5-3.

Nick Krestan would rip a shot into the back of the Midview net off the feed from Perry Antalek to record Kent’s lone power play conversion and then Antalek would generate his own scoring opportunity several minutes later.

However, from that moment on the Rogers brothers would take control over the final 18 minutes of game play as Robbie would help set up Jonathan’s 3rd and 4th goals on the evening and would even add a goal of his own making the final score 8-3.

Midview saw another strong game in net from their goalkeeper Braden Rapp who tallied 28 saves during the game, giving him 53 for the tournament.

On the other side Kent Roosevelt’s goaltender duo of Logan Prieffer and Jack Bennett recorded a combined 21 saves.

Next Up: Midview’s victory on Friday evening sets up a championship match-up with the number one seed in the Baron Cup II division on Sunday at 3pm.

2019 Baron Cup: Amherst Outlasts Olmsted Falls 6-3, Advances to the Championship Round on Sunday
Four Games Highlight Day Six of the 2019 Baron Cup in Brooklyn – Listen to All Four Games LIVE!