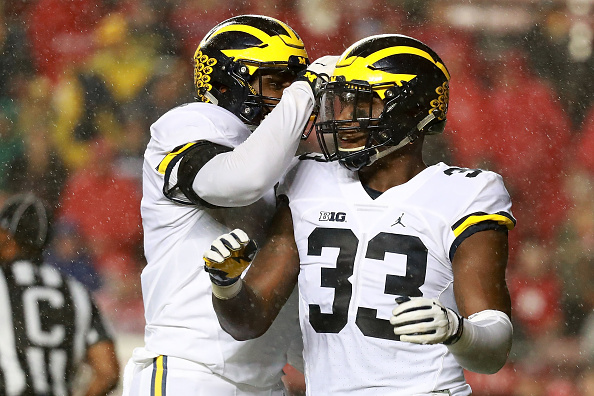 The draft is deep at pass rusher and with other teams looking to solidify needs Taco falls to the Cowboys. A more natural 4-3 fit, Taco would add another pass rusher to the Cowboys front after Randy Gregory continues to be in trouble with the substance abuse policy.

While they need help on defense if McCaffrey is still here with this pick he is too good to pass up. The Packers had to convert a WR to RB during the season and while Montgomery looked good and should see some time there next year, McCaffrey gives them a solid RB with versatility as well. With Lacy being a free agent they have to address the position with a couple backs this offseason.

James Harrison is continuing to defy time by still playing well after almost everybody his age should be retired. With that in mind, the Steelers will need a replacement for him to go opposite Bud Dupree. Williams could be that next great Pittsburgh pass rusher in line.

Vic Beasley blew up and had a monster year with 15.5 sacks but nobody else on the team had more than 4.5 during the regular season. They chose to go secondary over pass rush last year but will seeing the way Brady hurt them in the Super Bowl cause them to change their mind with a slew of pass rushers still left? I would think so.

The Patriots pass rush had a solid year but nobody had more than seven sacks. Jabaal Sheard and Chris Long are both free agents and with the team staring down having to pay Malcolm Butler and Don’t’a Hightower, they could look to the draft to find a replacement at pass rusher up front.