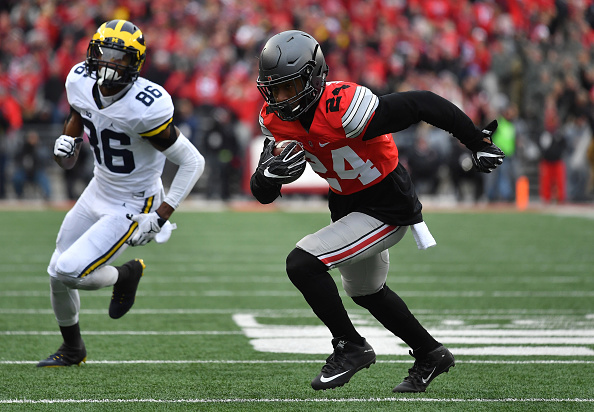 The Chargers struck gold with a Buckeye last year in Joey Bosa and they might be able to do it again this year with Malik Hooker. San Diego struggled last year when they were not able to replace Pro Bowl safety Eric Weddle but now they get a chance to grab one of the young premier studs of this draft at a position of need.

The Panthers have been a staple for RBs since they have practically started two of them since 2006 with DeAngelo Williams and Jonathan Stewart being there for what seems like forever. However Stewart is the only one left and he will be 30 years old going into this season. The Panthers may try and find the next RB to join that lineage and Leonard Fournette is the top back.

The Bengals need to get faster and more athletic at LB and need a replacement for Burfict if he can’t keep his act together. Foster is a complete football player that can make plays behind a pretty strong defensive line and stop the run for the Bengals.

Sammy Watkins has struggled to stay on the field at times and if the Bills want to move In the direction of either EJ Manual or Cardale Jones at QB they better find a second option for them to throw to. Williams brings the body and athletic ability to catch everything around him which would be a perfect complement for the speedy Sammy Watkins who is the more over the top threat.

The Saints have to do whatever they can to start improving that defense. One way to do that is to get somebody in there that can rush the passer and create some havoc in the backfield. Thomas is the best pass rusher still available here.