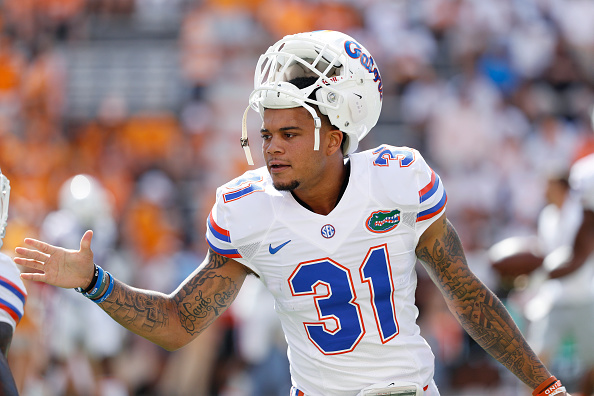 The Ravens could look to take one of the pass rushers that have fallen here with Suggs and Dumervil aging and hurt, but they go with the biggest need in getting a second corner to go opposite Jimmy Smith to solidify the secondary.

The Redskins have to do something to try and fix their run defense. With Foster off the board they will look for the best 3-4 DE that can come in and fill that role which happens to be McDowell.

The Titans fixed part of their secondary with their first pick but with the second one they need to find somebody that Mariota can get the ball too. Corey Davis is a big framed WR with a lot of experience that knows how to find the endzone and run solid routes.

19.) Tampa Bay Buccaneers- Jabril Peppers S/LB Michigan
Peppers is a talented plyer that can play all over the field from safety to linebacker. The Bucs could use another safety but he also adds a return game aspect. Tampa did not have a punt or kick return over 26 yards all season.