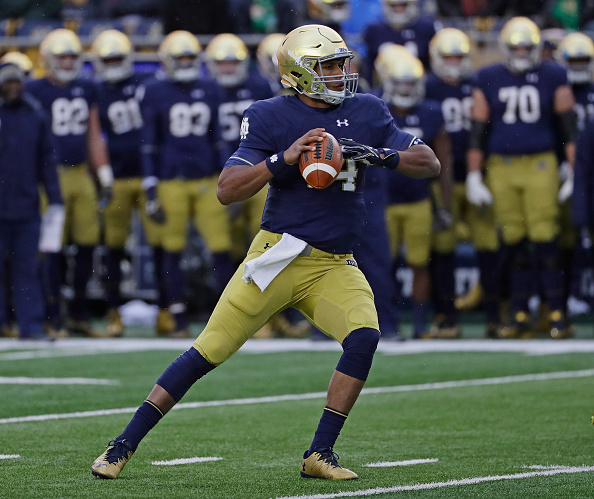 Allen is a popular pick here but I will go on a limb and slot Kizer here. Cutler will cost the Bears 16 million to keep him or 2 million to cut him. At 33 years old now might be the time for the rebuilding Bears to make a change in the tough NFC North. Kizer has the build that teams will look for and the arm strength to cut through the wind in Chicago. He was thought of as the top QB for most of the year and once the Pro Days and Combine come around I expect his stock to rise again because of his physical gifts.

The Jaguars would pounce on the opportunity to take Jonathan Allen if he falls to number four. Most people probably regard him as the second best player in the draft behind Garrett and Allen can play at DT in a 4-3 or DE in a 3-4. For Jacksonville he would slide inside and be a workhorse in stopping the run while generating an inside pass rush.

Tennessee’s pass defense was one of its biggest letdowns in what was otherwise a pretty solid 2016 for them. Owning the Rams pick allows them to get another elite player in this draft and they add the best player in the secondary Jamal Adams to improve their 31st ranked pass defense.

Darelle Revis had a horrendous year at CB for the Jets and looks like he might be on the move to safety if he can’t run with the receivers in today’s game. That would leave a big hole at corner and presents the opportunity to draft the best cover corner in this draft.