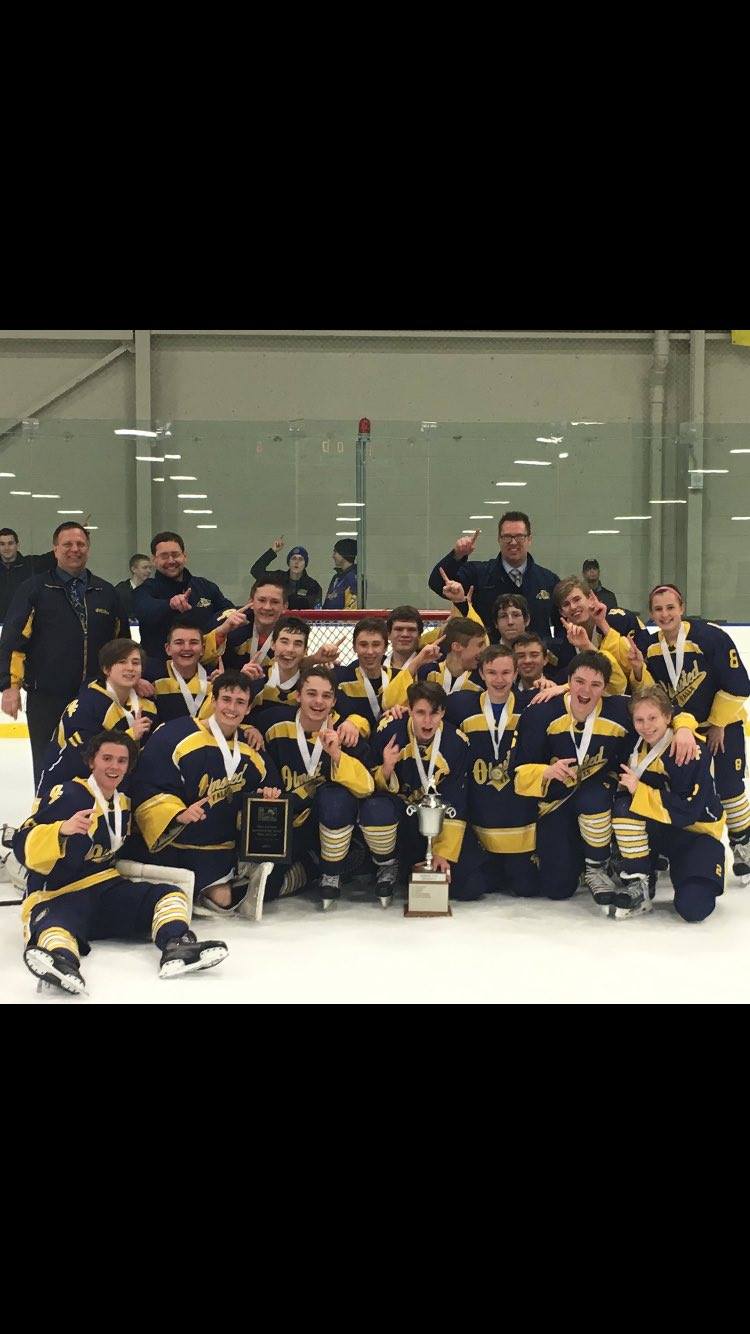 BROOKLYN, Ohio – The Olmsted Falls Bulldogs and Avon Eagles faced off in the Baron Cup II Championship game, this was not their first meeting this year.  Throughout the regular season, the Eagles and Bulldogs played in a total of five games during the season. Avon had defeated Olmsted Falls in all five games and three of those games went into overtime.

Avon jumped to an early lead when Zach Zwierecki scored off of a pass from Christopher Reitmann making the game 1-0 four minutes into the game. The Bulldogs answered back at the 6:07 mark in the first period with a goal from Zach Henley, the goal was assisted by Dominic Conte.

Olmsted Falls jumped to a 2-1 lead with 4:11 in the first period with a goal from Cam Wilson that was assisted by Conte.

After a scoreless hard-fought second period from both the Eagles and the Bulldogs, Avon was down by one goal looking to avoid an upset in the Baron Cup II Championship.

Olmsted Falls extended their lead 3-1 after a goal from Bailey Carson at the 8:19 mark in the third period. The Bulldogs added a short-handed goal, this time by Patrick Kerr to extend their lead 4-1.

The Bulldogs closed out the game with two empty net goals, one by Will Moyse with 4:30 remaining in the final period and another by Conte with 3:39 left.

Congratulations to the Olmsted Falls Bulldogs on winning the Baron Cup II Championship.