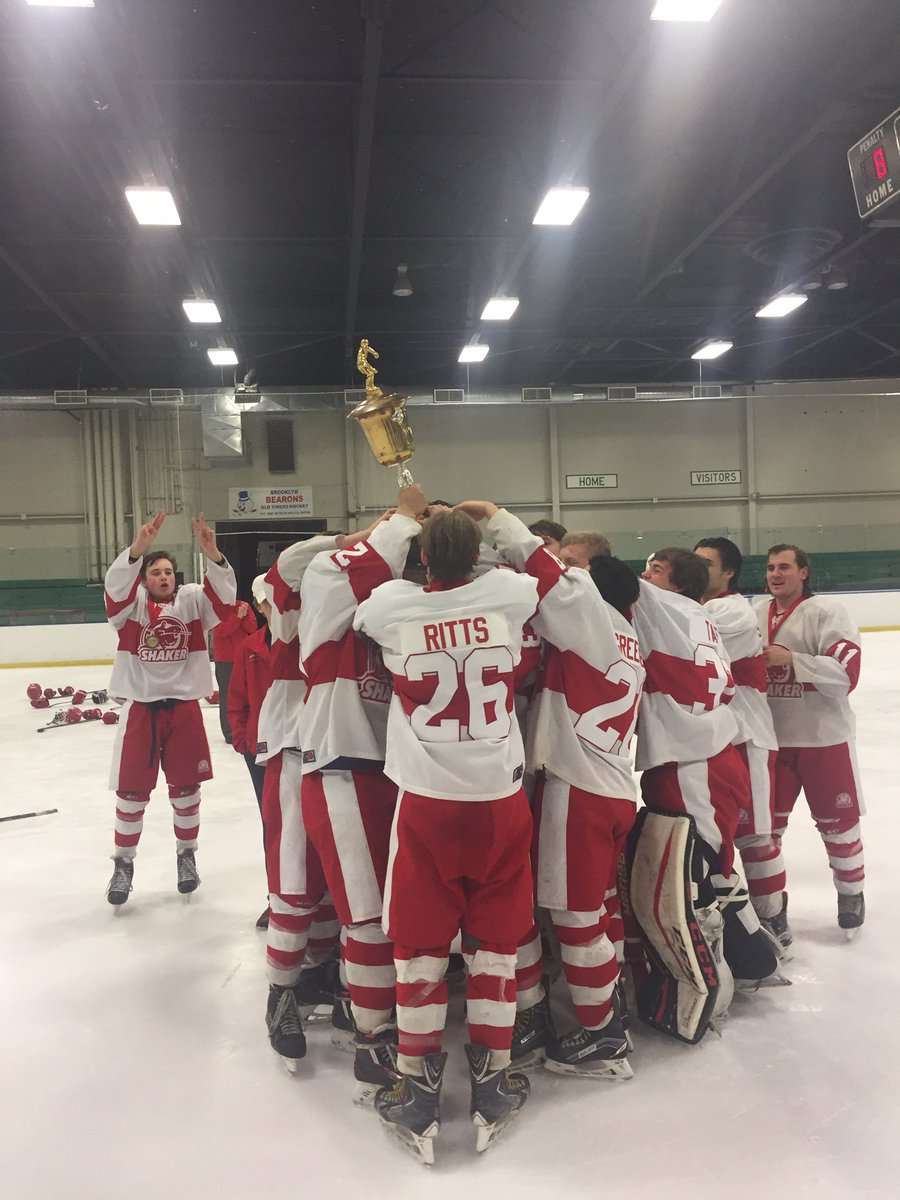 BROOKLYN, Ohio–  The Shaker Heights Raiders and the North Olmsted Eagles faced off in the Baron Cup I Championship game on Sunday. Both teams came into Sunday worn down after playing in a combined seven overtime periods the night prior to earning their spot in the championship game.

In the second period, Shaker Heights added three more goals. The Raiders started the scoring in the period with 12:32 remaining with a goal from Ryan Wheeler that was assisted by Chris Strnisha and Forbes, making the game 3-0.

Later in the period, Shaker Heights scored at the 1:42 mark with a goal by Greenberg that was assisted by Straffon and Anderson. With 6 seconds remaining, the Raiders scored a short-handed goal when Ritts scored off a pass by Anderson.

Heading into the final period of the night, Shaker Heights had a lead of 5-0 over the Eagles. Shaker Heights scored once again with a goal from DC Benincasa that was assisted by Devin Campbell and Asher Pollack with 10:04 remaining in the 3rd period. With 9:14 remaining, Ritts scored his third goal of the game, getting a hat trick. Ritts goal was assisted by Dylan Shelton and Keenan O’Toole making the game 7-0.

Shaker Heights scored their final goal of the night at the 2:57 mark in the third period with a goal by Benincasa with an assist from Evan Grossman-McKee.

With Shaker Heights winning the Baron Cup I Championship 8-0, the Raiders won their second straight Baron Cup Championship, and the team is already thinking about a three-peat for next year.