Zimmer likely out for six to eight weeks 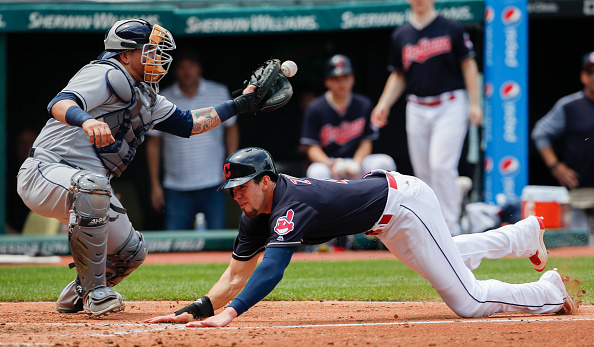 CLEVELAND– The Cleveland Indians gave an update on Bradley Zimmer prior to the start of Tuesday night’s game against the Tigers, saying he could return to play in six to eight weeks.

Zimmer underwent surgery on Tuesday morning on his fractured left hand at the New York Hand and Wrist Center of Lenox Hill in Manhattan. He injured his on Sunday night against the Baltimore Orioles sliding into first base during the seventh inning.

“In two weeks, he’ll be re-examined and then the doctor will kind of say what he can do next,” manager Terry Francona said. “The timetable they put on return-to-play was like six to eight weeks.”

And while that timetable would point to an end of October return to action for Zimmer, Francona seemed to remain optimistic.

“I mean, last year [Yan Gomes] was supposedly done for the year and he played,” Francona said.