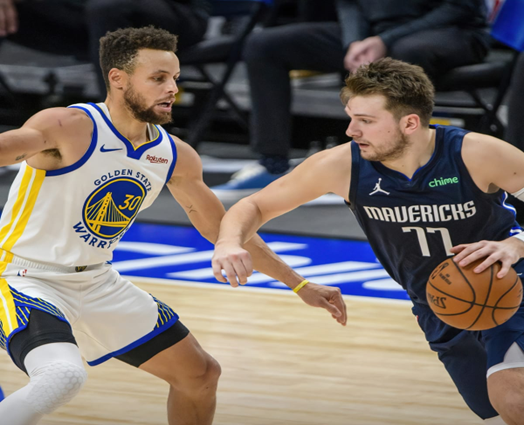 SAN FRANCISCO – The Golden State Warriors came into Game 2 holding a 1-0 series lead. For much of the game, it seemed like the Mavericks were going to tie up the series. However, Stephen Curry and the Warriors had other ideas.

The second quarter started much like the first. Dallas continued to hit their shots. This time everyone was getting involved. Reggie Bullock knocked down a couple of early three-pointers. Davis Bertans got involved as well by putting down a corner three ball. At this point in the game, tempers were flaring on both sides.

A double technical was called after Bertans and Damion Lee got tangled up. Lee tried to step over Bertans as he appeared to be getting up from the court. The call drew criticism but Dallas saw their chance to take over the game after the incident. They went up by as much as 19 points in the quarter.

With their largest deficit of the game, and not holding a lead throughout, Golden State began to claw back. Within the final 2 minutes of the quarter, they were able to cut the lead to 14 heading into halftime. Dallas got a big three from Doncic in the closing moments of the quarter to try and maintain some momentum.

The second half started as the first ended. Golden State and Dallas were trading baskets through the six minutes of the third quarter. Down by 15 points and their backs against the wall, Golden State honed in on both sides of the ball. They began to get multiple stops on the defensive end. Dallas was held without a single point for three straight minutes. This gave the Warriors offense time to heat up. By sharing the ball and limiting turnovers, Golden State began to make a run. Throughout the final seven minutes of the quarter, Golden State outscored Dallas by a score of 19-6. This gave the Warriors all the momentum going into the final quarter. With a score of 85-83, they were in prime position to grab their first lead of the game early in the fourth.

The Warriors picked up right where they left off in the fourth quarter. They climbed to their first lead of the night, thanks to a 3-pointer from Otto Porter Jr. He and Kevon Looney played pivotal roles in closing the game out for the Warriors. Looney posted a career-high 23 points while grabbing 12 big rebounds. Throughout the fourth quarter, the Warriors offense did not slow down. Steph Curry and company outscored the Mavericks 43-32 in the final quarter. This propelled them to a 126-117 victory, and a lead in the series of two games to none.

The Mavericks will look to bounce back after going down 2-0 in their second straight series. Game 3 will be played in Dallas on Sunday, May 22nd at 9PM EST. You can tune-in to the game on TNT.