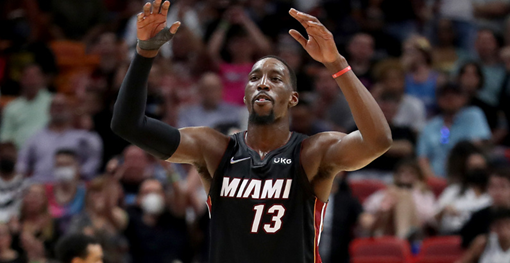 BOSTON – Heading into Game 3 in Boston, the Eastern Conference Finals were tied at 1 game apiece. Both teams were dealing with injuries throughout the game. Miami looked to steal a game in Boston, after the Celtics took Game 2 on Miami’s home court.

The first quarter of the game was all Miami. They jumped out to a quick 16-4 lead within the first four minutes. The Heat did not look back from there. Miami had it going on both sides of the floor. Bam Adebayo led the way on the offensive end. Adebayo struggled in games 1 and 2 by averaging only eight points a contest. In the first quarter alone, he had 12 points. After missing Game 2 due to a hamstring injury, Kyle Lowry rejoined the lineup for Game 3. He played an efficient 5 minutes in the first, tallying 3 points and 2 assists. Miami’s defense also forced six first quarter Boston turnovers. At the end of one, Miami held a 39-18 lead.

The second quarter started with much of the same play. Miami had it going on offense and defense. Everyone was getting involved for Miami on the offensive side. Seven different players scored in the second quarter for the Heat. With 1:49 left in the quarter, Miami held a 62-37 lead. However, Boston was not going to go away that easy. The Celtics ended the quarter on a 10-0 run. This cut the deficit to 15 points with a score of 62-47 going into halftime.

The third quarter is when the grit and grind of playoff basketball came into effect. Miami and Boston were trading baskets throughout the quarter. Miami’s lead got no larger than 18 points, and no smaller than 9. Both teams were aggressive on the defensive end as well. Miami took a big blow in the quarter however. Heat star Jimmy Butler left the game with knee inflammation. He would not be able to return. This same injury kept Butler out of multiple games earlier in the playoffs. By the end of the third quarter, Miami’s lead remained at 15 with an 82-67 lead heading into the fourth.

The Celtics, who did not hold a lead throughout the entire game, came out with tenacious play. Their defense stepped up tremendously throughout the fourth quarter. They also got a huge fourth quarter performance from Jaylen Brown. He led the Celtics on a 20-6 run during the fourth. This run cut the Miami lead to just 1 point with 2:40 to play in the game. Miami was not going to let this game completely get away. They snapped off a quick 7-0 run in just over a minute to extend the lead to 8 points. Miami took back control and was able to hang on to the victory. The final score was 109-103.

Despite Brown’s game-high 40 points, Miami’s defense came up huge all game forcing 24 Boston turnovers. They also had 19 steals which set a new franchise record for steals in a game. Bam Adebayo was the shining star in the game tallying a double-double with 31 points and 10 rebounds.