Vikings Rally Falls Short As They Lose To Panthers 67-63 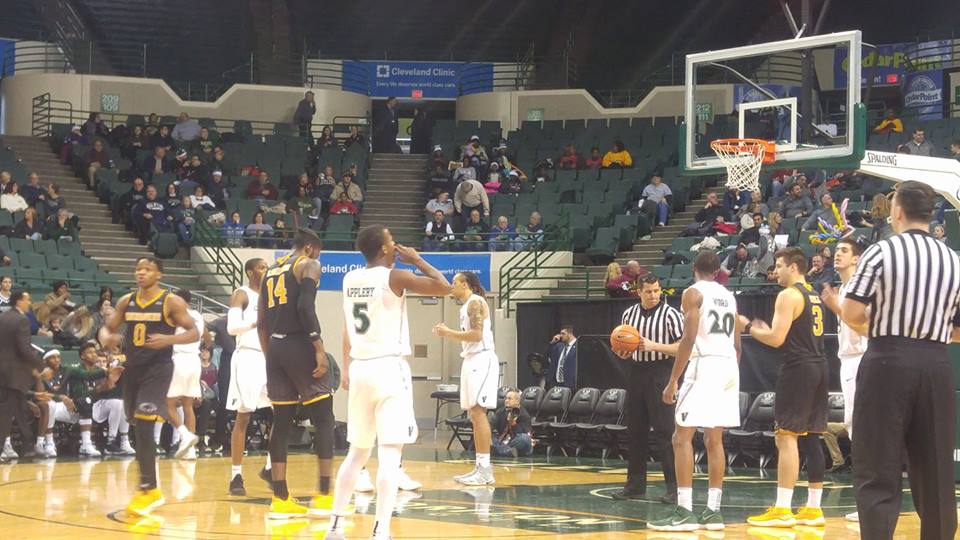 This CSU game recap is brought to you by https://www.yuzulakewood.com/  https://rocketfizz.com/

CLEVELAND, Ohio – Bobby Word hit a 3 pointer with 9 seconds to go to make it a one possession game, but the Vikings couldn’t get any closer in a 67-63 loss to the Milwaukee Panthers.  It was cold outside, and even colder inside as the Vikings couldn’t buy a shot most of the afternoon.

Proving that was the 0-7 shooting from beyond the arc by Stefan Kenic and the fact that one of their best shooters, Tyree Appleby only had 1 field goal the entire game.  That made bucket from Tyree didn’t come until there was 38 seconds to go and the Panthers were playing prevent defense.

Despite the poor shooting, the Vikings were never out of things because of stingy defense, forcing the Panthers into 18 turnovers.  The Vikings actually started the second half on a 10-0 run that gave them their only lead of the game at 31-29.

Both teams were also in foul trouble all contest as the officials called a very tight game and didn’t let anything slide.  The total foul count was 37 by the time it was over, with the Vikings being called for 21 of them.

Coach Felton who has been preaching physical play all season, explains how a physical team can get the benefit of the calls they didn’t get tonight, “I told my team that the most aggressive team always gets the calls.  As long as I’ve been in this game, that is just the way it works.  We can’t spend any time whining about it, we just have to be more aggressive.”

Cleveland State had no presence in the middle, and they will need Clayborne to continue to improve as he was held to 8 minutes, because of the sore knee. The Vikings will need that presence in the key as they let up 30 points in the paint.

A slow, sluggish, turnover and foul plagued first half saw the Vikings settle for 21 points at the break.  The Panthers didn’t do much better, but still led 29-21 at halftime.

10 minutes into the game, the Vikings almost has as many fouls (6) as they did points (9).  They lacked size as well as Evan Clayborne continues to play limited minutes.  It showed in the opening half as the Vikings were out rebounded 17 – 13 and gave up 18 points in the paint.

Foul trouble also plagued the Vikings in the first half as Jamarcus Hairston, Anthony Wright and Kasheem Thomas all had 2 fouls each.  The Vikings had 10 as a team, while the Panthers had 9 in what was a heavily foul called half.

The ice-cold shooting saw three of the Vikings top scorers have a rough first half.  Word finished with 0 points, Appleby 2, both from the foul line and Kenic with 2 points, while he went 0 for 5 from beyond the arc.  The Vikings also had zero inside presence in the first half.  It didn’t get much better in the second half.

Box Score by Half

CSU is 14-10 all-time against Milwaukee in Cleveland

CSU has hit a three-pointer in a school record 613 consecutive games.