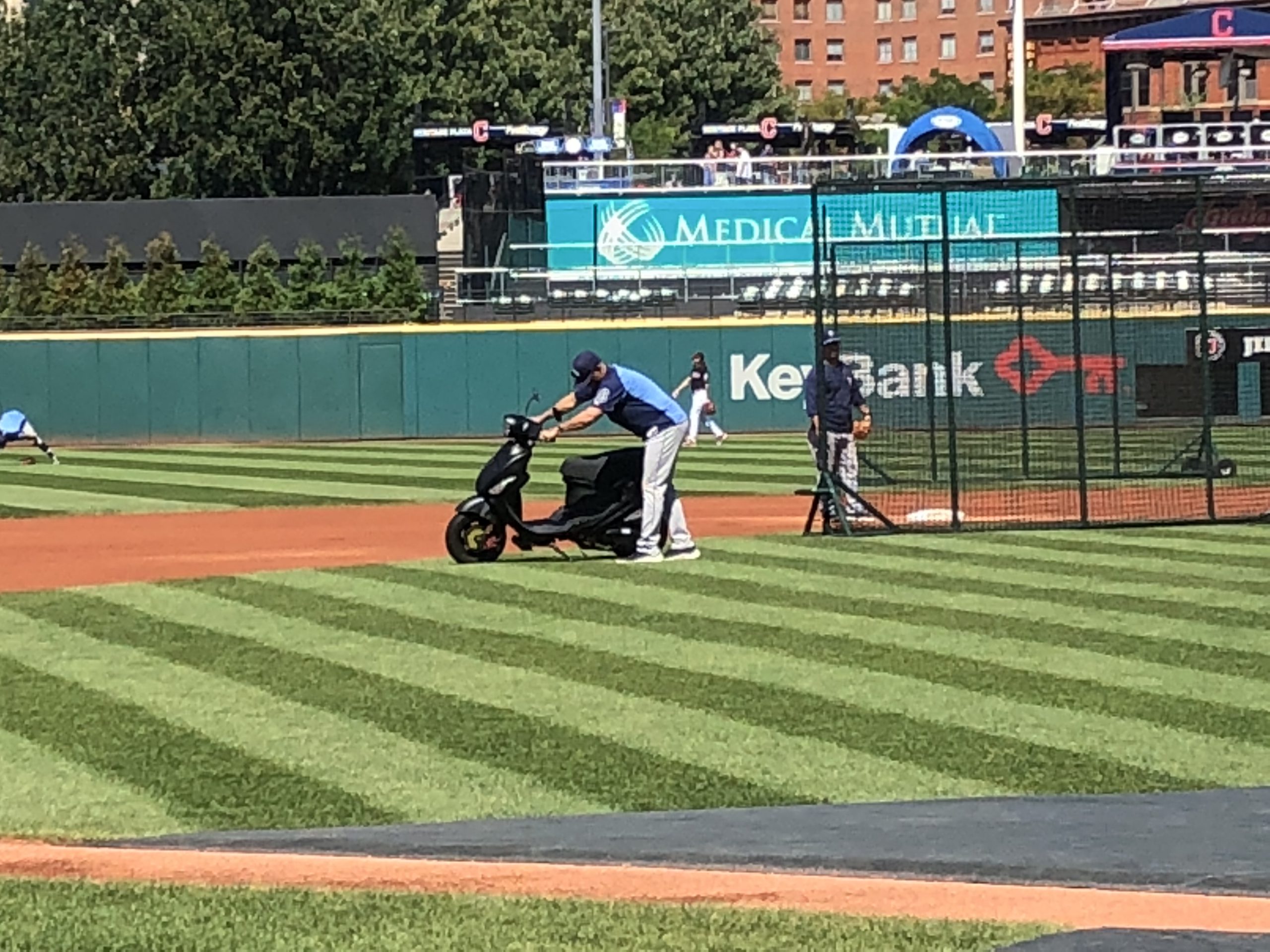 Sunday’s latest victim was Francona’s motorized scooter that he rides to and from Progressive Field. Cash stole the famous mode of transportation and put it on the field as a target during Rays batting practice.

The two are close friends; before Cash was hired by the Rays he was a member of the Indians coaching staff, and he also played for Francona in Boston. Over the last three days, the hijinks have ensued with Francona firing the first shot by putting up a a graphic on the scoreboard that read “How bad is Kevin Cash at the plate?” and listed his career stats.

On Sunday Cash fired back with (maybe) the last laugh for this series. So how exactly did Cash get his hands on the scooter?

Cash started by putting the scooter in front of the pitcher’s mound right before batting practice started. After it was moved in front of the Indians dugout, the Rays skipper wheeled it over to the infield grass himself as BP began.

But was Cash worried about being so obvious with the prank and being caught red-handed? Not exactly.

“I want him to know it was me,” he said. “I’m going to put it somewhere where balls are hitting it.”

Cash got his wish as C.J. Cron did eventually hit the set of wheels. A short while later an Indians dugout attendant successfully completed a rescue mission, riding the scooter back into Indians territory.

While Sunday concludes the Indians series against Tampa Bay at Progressive Field, Francona will still have three opportunities to exact his revenge on Cash when Cleveland heads to Tampa Bay on Sept. 10.

Rays manager Kevin Cash has gotten Tito back for his scoreboard prank on Friday by stealing his scooter and putting it in the infield grass for BP. I asked him how he got his hands on it in the first place and he said “I have a lot of friends here.” pic.twitter.com/s7ivOu0UTW